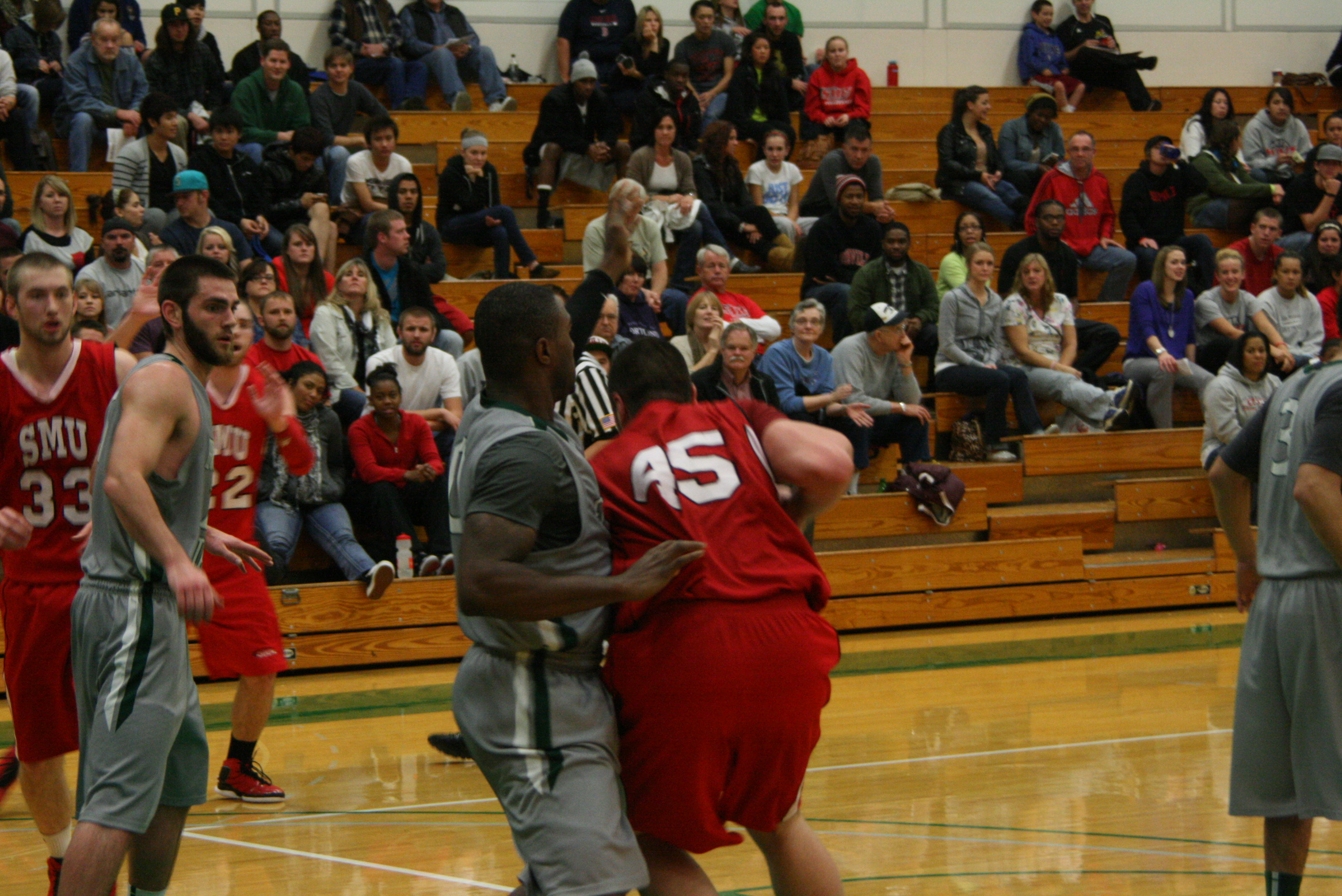 Thurston County’s collegiate rivalry was renewed last night as the Evergreen State Geoducks hosted Saint Martin’s University in mens basketball.  After a slow start offensively for both teams in the first half, the Saints were able to find a rhythm shooting the ball en route to a 66-50 win over TESC.  Evan Coulter led SMU with 13 points while Rei Jensen and Lucas Shannon each added 11 apiece.  Evergreen was paced by Marc Taylor’s 11 points. The win was the Saint’s first in three exhibition games to start the season, as they dropped previous contests at Boise State and Washington State University.  Check out ThurstonTalk.com later this week for a profile on Saints head coach Keith Cooper and the SMU program.