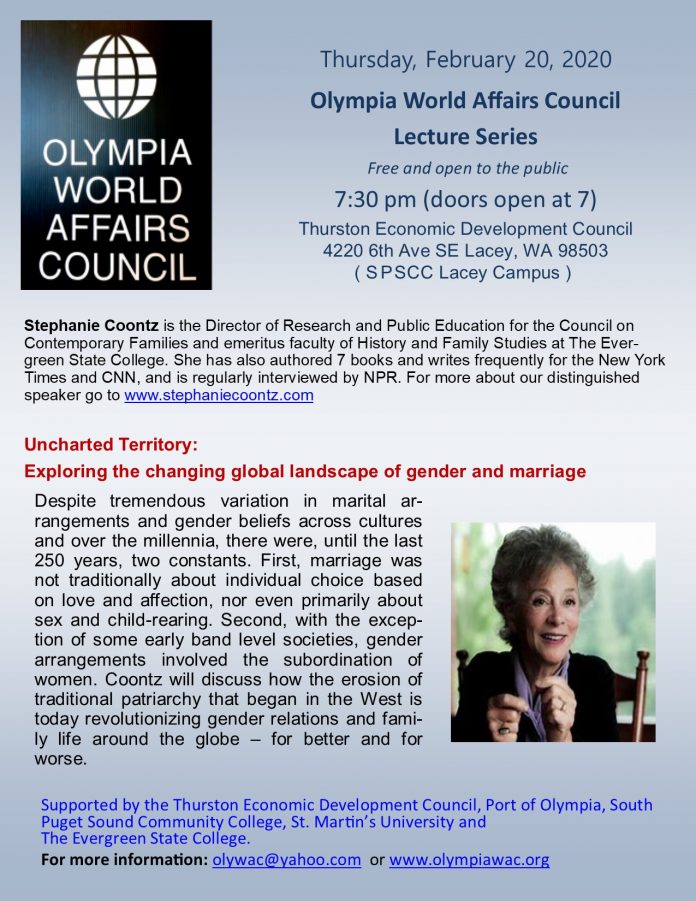 Uncharted Territory:
Exploring the changing global landscape of gender and marriage
Despite tremendous variation in marital arrangements and gender beliefs across cultures and over the millennia, there were, until the last 250 years, two constants. First, marriage was not traditionally about individual choice based on love and affection, nor even primarily about sex and child-rearing. Second, with the exception of some early band level societies, gender arrangements involved the subordination of women. Coontz will discuss how the erosion of traditional patriarchy that began in the West is today revolutionizing gender relations and family life around the globe – for better and for worse.

We are offering curbside pickup. Buy online at bn.com, call 360-534-0388 when you are parked at our front door and we will deliver to your car. M-F, 10AM-5PM. Stay safe, we miss your faces.
View Calendar

I think we can all agree we have seen our community pull together in the most tremendous ways over the last few weeks. The...

Thurston County Masking Guidance: What You Should Know