Washington’s state capitol building and the surrounding campus present quite the feats of architectural design and construction. They also house leaders, those who uphold justice and those who represent the people. Not long after the cornerstone was laid at the capitol, photographers began recording its earliest days, capturing celebrations, gatherings, historical events and the faces of those who were there taking part. Jennifer Crooks, local historian and writer, has compiled and narrated this history in her 2021 book “Washington State Capitol Campus.” 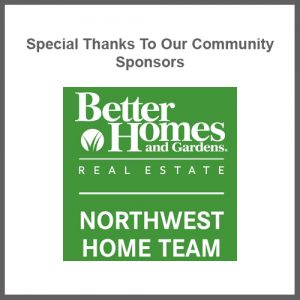 Two hundred photos drive the narrative of nearly a century’s activity at the capitol campus. Crooks spent a year and a half researching and collecting the images, mostly from the Washington State Archives. While 200 images might sound like a lot, with decades of snapshots and formal poses for posterity, Crooks had a monumental task at hand because there are far more than just a couple of hundred. “Sometimes the real trouble was not finding photos,” says Crooks. “It was deciding what photos not to use.”

Researching and writing during the COVID-19 pandemic, Crooks spent time searching through the state’s digital archives. “My favorite is a 1920s picture from the state reception room. It shows a group of Greek Americans visiting the governor,” shares Crooks about a black and white group portrait. The photo, included in the book, shows a large group of people with the marble walls towering behind them and a massive chandelier overhead. The governor and his visitors are holding up the Greek flag.

The first few chapters of the book cover the early history of the capitol. The narrative includes the donation of the land that it sits on now, to the first, temporary location and the first capitol building, which currently houses the Office of the Superintendent of Public Instruction. Crooks describes the construction of campus buildings besides the capitol, such as the East Campus and covers the many veterans memorials on the grounds. Her descriptions, paired with unique photographs, carry readers along. In addition to telling the story of the buildings, the stories of the people within them are told as well. One significant event told through historical images is that of the state senate’s first female page, Molly Chamberlain. The photo shows her exchange a paper communication with a senator.

The idea for the book was proposed by Arcadia Publishing with whom Crooks had worked once before. Arcadia’s “Images of America” series is the familiar paperback series with the sepia toned covers displaying historical photos of towns and significant topics across the country, and they are written by local experts who have a keen eye for their topic. Crooks and her father, Drew Crooks, co-authored another “Images of America” book about the City of DuPont. The father and daughter pair divided up the topics and were happy to review and edit one another’s work.

Crooks holds two degrees in history. She majored in history for her bachelor’s degree. Her senior thesis was “Minuet Women of Thurston County During World War I.” Once again studying history, and continuing to focus on American history, she earned her master’s degree and wrong wrote her master’s thesis on WWI public education in Washington state. Writing has gone hand in hand with research and discovery. “I’ve kind of always wanted to be a writer,” explains Crooks. “When I was in high school, I did mostly short stories, but history is what I write now, and I love doing it. My dad is an author so there is definitely that inspiration.” An essay in “Olympia, Washington: A People’s History” and another in “Thurston County: Water, Woods, and Prairies” is a testament to that dedication. As a local historian, taking on the capitol campus topic was fitting. “I’ve grown up in Olympia and definitely been to the capitol a lot of times,” Crooks recollects. “It’s been a place we’ve gone to for walks, to see the holiday Christmas tree, been to different events on the campus, like the 125th birthday and dedications of different kinds of markers. It’s always been there in the background.”

The capitol building and those surrounding it make up a unique campus. Architecture, monuments, the governor’s mansion, and even historical trees draw the public to visit.  The capitol was completed in 1928 after six years of construction. It sits in the center of five buildings and was designed by architects Walter Wilder and Harry White. Craning one’s head back to see the 287-foot high dome leaves one in awe. The 173 million pounds of steel, brick, stone and concrete supporting it has withstood three major earthquakes. It is a sight aptly to be represented in Crooks’s collection of historical portraits, construction photos and memorable events held inside.

In the future, Crooks hopes to maybe write about German Americans during WWI or perhaps the Arab American writer and performer named Rahme Haidar. Crooks’s “Washington State Capitol Campus” is set for release in the fall of 2021 in time for the holiday shopping season. Local and national book sellers are ready sources to pick up a copy.