Empathy and love can be found everywhere, especially in the Thurston County community. Sisters and Olympia residents Erin Gantenbein and Robin Reese champion this idea, and prove that great acts of love and unconditional kindness can make the greatest difference. Everyone has the potential to make the world a better place. This is the exact mindset both women promoted when creating the Willy Lucky Nonprofit Organization, a charity dedicated to ending convenience euthanasia and providing the best life possible for rescue pets. 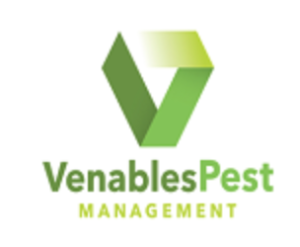 The idea to start a nonprofit was motivated by a dog. To be precise, a little three-legged Boston terrier with a glowing personality and a slight pinecone obsession. This dog was named, you guessed it, Willy.

When Willy was brought into the Olympia Pet Emergency, his original family chose to have him euthanized rather than pay for the proper surgeries. Robin Reese, a vet at the clinic, had other plans. Like many pets before Willy, she chose to approach the owner, and convince them to surrender Willy’s ownership to her. Once this was completed, Reese paid for Willy’s medical needs and released him to her sister, Erin Gantenbein. “Willy was so resilient,” Erin says. “He wasn’t a pet that would give up, even when his original family decided against paying for his proper care. He still had so much zest and perseverance no matter how many times he was knocked down. He loved life and you could tell he was grateful for every day. He is, without a doubt, my inspiration for this nonprofit.”

This was not Robin’s first time saving an animal from convenience euthanasia. Dozens of pets of all shapes and sizes would find themselves settling into Erin Gantenbein’s home, recovering from injuries and tagging along with Erin as she set out to find their new rescue families. It was only recently that Miss Gantenbein and Leslie Merchant, another community member close to Erin, decided to formally create a nonprofit.

“Currently we are just staying small,” Erin says. “It is just with my sister at the moment. Right now, the process starts with Robin obtaining the rights to a pet, paying for their medical needs, and releasing the animal to me for housing and rehoming. Then I find their forever home. Willy Lucky will take care of all medical bills acquired by the pet, as well as any other needs that may arise.”

Even though they are starting small, they have big plans for the future. As the nonprofit grows, the goal is to expand the Willy Lucky option to other vets and vet clinics in the area. The foundation will pick up the vet bill and place the animal in a loving home. Erin also plans on creating a team to foster and rehome rescue animals.

It is easy to see how much Willy Lucky can help and educate the community when the cause is so very dear to its creators. “Pets are part of the family,” Erin says. “We love them and care for them just as much. I just want to give these animals an upgrade in life, because they deserve it.” Willy is the prime example of a rescue dog: a grateful and goofy animal who loves unashamedly and values every opportunity in life.

Erin becomes so attached to these animals that she often finds it difficult to let them go. “It is the hardest part, but also by far the most rewarding part,” she says. “I get to connect the perfect pet with the perfect family over and over again. It is amazing to see the love between owner and pet, especially when the owners don’t usually realize just how much they needed the pet.” But she does admit that despite the joy of rehousing a pet, it is still terribly hard to say goodbye. “You form such a connection with these animals,” she adds. “You love them. If I could keep every single one, I would!”

It seems there are very few feelings that compare to the feeling Erin gets when she realizes another foster pet will be entering her home and her heart. “I cannot wait for that text from my sister,” Erin says. “Every time another animal is secured, she will text ‘are you ready for another?’ and send a picture of the animal. My heart leaps every time, without fail.” It is clear she sees every animal as another creature she has the privilege of knowing, loving, and helping.

If Willy Lucky is a testament to anything, it is that love is all it takes to make a difference. Willy Lucky shows the power of a community and the little actions that can save dozens of lives, even if those lives happen to have four legs. With the endless goodwill of only a few, dozens of animals are getting a second chance at the life they deserve. And that number is only growing.

For more information, Willy Lucky merchandise, or to donate, there will soon be a Willy Lucky website.