Home History Memories of the Civil War: The Grand Army of the Republic in...
Facebook51Tweet0Pin0

The American Civil War was one of the most devastating conflicts in the nation’s history. After the war, veterans organized themselves into groups for fellowship and to advocate for their interests. The largest organization of Union veterans was the Grand Army of the Republic (GAR). Founded in 1866, the organization grew to over 400,000 members at its height.

Olympia veterans founded the George H. Thomas Post No. 5 GAR on April 13, 1881 with T. I. McKenny as its first commander. They first met in the office of William McMicken, a Civil War veteran and then surveyor-general of Washington Territory. The group later rented out the former Central School building (200 Union Avenue) as their hall. The hall was moved to its present location (1055 and 1059 Adams Street) in 1907 and split into two buildings. According to a roster preserved at the Washington State Library, 262 men joined the post between 1881 and 1922.

It is unclear why Olympians chose to honor Major General George Henry Thomas, as he had no clear ties to Washington Territory. Although born to a slave-owning plantation family in Virginia, he opposed slavery and turned down a high rank in the Confederate military to serve the Union. Thomas earned the nickname the “Rock of Chickamauga” for his army’s refusal to retreat at the Battle of Chickamauga. After the war, General Thomas transferred to the U. S. Army’s Department of the Pacific in 1869, dying a year later in San Francisco. Remembered as a master strategist, an equestrian statute of him has stood since 1879 in Thomas Circle, Washington D. C.

The GAR also created female auxiliaries for wives, daughters, and widows of veterans. The Robert H. Milroy Circle of the Woman’s Relief Corps formed in 1891 in Olympia. Major General Robert Huston Milroy (1816-1890) was a Union general who participated in the 1862 Shenandoah Valley Campaign and the Second Battle of Winchester, among other campaigns. From 1872 to 1875, he was Superintendant of Indian Affairs in Washington Territory and an Indian agent for another decade. Milroy lived in Olympia where he died in 1890 and is buried in Tumwater’s Masonic cemetery. A Sons of the Union Veterans of the Civil War group also formed in Olympia.

The Olympia GAR post, like the national organization, provided fellowship and support to fellow veterans and their families. Among other things, they established funds to help pay medical, housing, burial, and emergency expenses. The GAR lobbied for government pensions and supported homes for elderly and ill veterans and their wives. In 1915, for example, the Woman’s Relief Corps held teas and quilting bees to support a new home for widows of veterans in the historic Ezra Meeker mansion in Puyallup. They also held fundraising balls, dances, and picnics.

Across the country, the GAR sponsored thousands of memorials to Union veterans. In Olympia, the GAR purchased a large plot in Tumwater’s Masonic Cemetery. In this section they placed government-made headstones for veterans. These uniform small white slabs listed name, rank, unit, and place of enlistment. Originally freestanding, the markers have since been laid flat in concrete to prevent them from breaking.

Sometime before 1916, the organization erected a large stone in the center of their plot. Below the emblem of the GAR is inscribed “Erected in Memory of the Union Soldiers and Sailors of the Civil War 1861-1865.” A number of union veterans are buried around the memorial. In 1993, a flagpole was erected behind the memorial by Boy Scout Troop 222 inscribed “Dedicated to All the Men & Women Who Served Who Our Country. 1993. ‘God Bless America.’”

Every year, the GAR held ceremonies at the cemetery to honor their fallen comrades. The GAR, inspired by southern women decorating graves of fallen soldiers, helped popularize May 30 as Decoration Day. It later was renamed Memorial Day. Women would gather at the GAR hall to make flower wreaths to decorate the graves. After a church service, the veterans would march to the cemetery, in later years taking the street car and automobiles. The veterans decorated the graves with wreaths and flags and would hold a ceremony that included prayers, speeches, and patriotic music.

Olympia held a state encampment of GAR members in 1921 and the local group continued to have annual picnics in Priest Point Park into the 1930s. As the years passed, however, fewer Civil War veterans remained. In 1939, there were only three members of the Olympia GAR alive and they no longer met. Their last commander, Jacob Cheadle attended Armistice Day ceremonies at the GAR marker with Spanish-American War veterans, who then moved on to the nearby Soldiers’ Monument. Cheadle died in 1948 at the age of 100, the second to last GAR member to die in the state. Nationally, the last GAR member died at age 109 in 1956.

Veterans continue to hold annual Memorial Day and Veterans Day ceremonies at the Masonic Cemetery and elsewhere. The GAR monument still stands. It is an enduring reminder of the service that American veterans have given their country throughout the years. 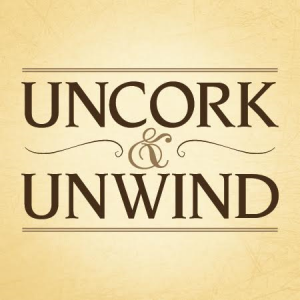 Uncork & Unwind Book Club Email uncorkunwind@comcast.net for the password Yes we have figured out a way to continue to have a U&U Book Club.  There are a few changes – but it’s totally doable![...]
View Calendar

Since the novel Coronavirus (COVID‐19) has come to Washington, it’s brought uncertainty and immediate impacts to health, safety and financial...

Cleaning Services in the South Sound and Beyond Respond to COVID-19...

Guidance on Cloth Face Coverings From the Washington State Department of...

Thurston County Masking Guidance: What You Should Know

The Olympia & Beyond Sports Commission Extends Deadline for Sports Awards...