Black Hills High School bowling coach Nicole Hayes came into her first season with the goal of establishing a foundation the program could build on.

The first-year coach can confidently check that off her to do list after guiding the Wolves to a second-place finish at the 2019 Class 1A/2A girls state bowling championship.

Paced by senior Mackenzie Theophilus, Black Hills advanced as a team for the first time since 2012 and registered its highest placing in team history.

“We had a difficult season where transportation to practice was a constant battle and we had a volunteer coach resign. If you would have told us after that we would have made it to state and placed second, we wouldn’t have believed you,” said Hayes, a 2012 Black Hills graduate. “However, the girls really took it upon themselves to push through the challenges and not only qualify for state, but make a run for the title too.”

Theophilus ended her high school career by finishing second in the state among the individual bowlers with a score of 1,172. Brooklyn Boudreau of Mark Morris collected her third consecutive state title with 1,298.

Theophilus, who also placed fourth in state as a junior, got stronger as the event progressed. Her top mark came in game 5 when she shot 258, a personal best and the second highest total in school history.

“Game one wasn’t pretty. I was not good in the beginning, but was able to turn it around,” Theophilus said. “I was nervous early on. It helped having the entire team there, much better than last year. After game two I think I settled in and once I knew I was in the top five (with two games to go) that helped with the nerves. I was hoping to get the school record, but came up a little short.”

She fell just shy of breaking the school record of 261, which is held by her coach.

“Coaching Mackenzie has been a learning experience for me as she has a different style than myself. I have learned things from her as well as (her) learning from me,” said Hayes, who finished fourth at state in 2012, rolling a 257 in her final game. “She has stepped up to be a leader for the team, along with Kenzie Nutter, who are my only seniors this year. When she rolled those final two games, she really showed how she can be a foundational player for Black Hills just like how Brooklyn Boudreau is a foundational player for Mark Morris.”

Additional members for the Wolves state team include Nutter and freshmen Kenzie Laabs and Charlotte Niemann.

Black Hills finished the regular season with a record of 14-1. The Wolves were the 2A Evergreen Conference champions with an undefeated 10-0 record and defeated Mark Morris (2,093-1,738) in a head-to-head matchup early in the season. Black Hills suffered its lone loss this year to Wilson, a team that finished fourth in 3A.

“These accomplishments definitely mean a little more to me because this is my alma mater. When I was bowling for Black Hills, we were top dog and I want to see that continue with us qualifying for state and placing,” Hayes said. “This second-place finish is the highest we’ve ever placed and I’m so proud of the team for accomplishing that and that I get to help my alma mater continue to be a force in the bowling scene.” 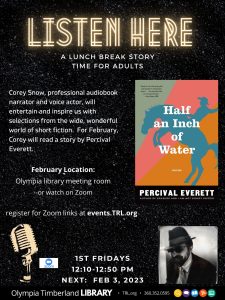