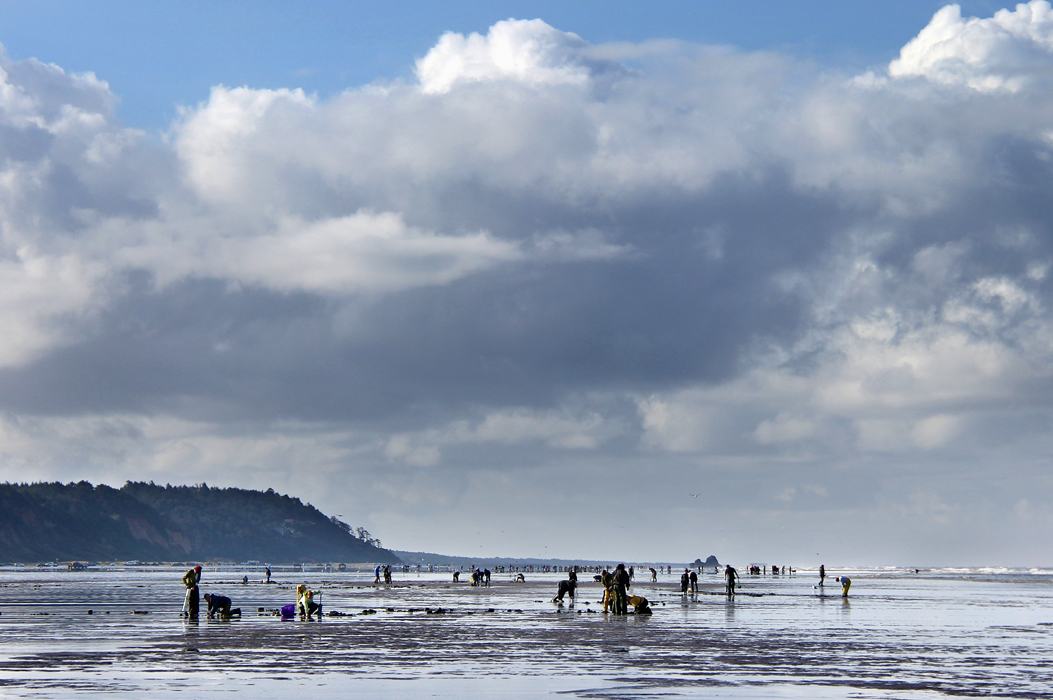 Submitted by Washington Department of Fish and Wildlife

Due to the federal shutdown, the Washington Department of Fish and Wildlife (WDFW) has rescinded three razor clam digs at Kalaloch beach that were set to occur January 19-21.

“We are closing Kalaloch beach to razor clam digging in response to a request by Olympic National Park,” said Dan Ayres, WDFW coastal shellfish manager. “Olympic National Park staff are not available to help ensure a safe and orderly opening in the area,” he added. WDFW and the Park will consider alternate days to make up for this loss of harvest opportunity following the current federal shutdown.

Digs at three other beaches, Twin Harbors, Mocrocks and Copalis, will proceed as planned, said Ayres. State shellfish managers with WDFW approved those digs on evening low tides last week after marine toxin tests showed the clams are safe to eat. No digging will be allowed on any beach before noon.

Dan Ayres, WDFW coastal shellfish manager, recommends that diggers hit the beach about an hour or two before low tide for the best results.

“Diggers should always keep an eye on the surf and come prepared with good lighting devices for the digs that occur after dark,” Ayres said.

Ayres said the department has also tentatively scheduled a dig in early February, pending the results of another round of marine toxin tests. If those tests are favorable, that dig will run Feb. 1-3.

More information on planned digs can be found on WDFW’s razor clam webpage at https://wdfw.wa.gov/fishing/shellfish/razorclams/.

All diggers age 15 or older must have an applicable 2018-19 fishing license to harvest razor clams on any beach. Licenses, ranging from a three-day razor clam license to an annual combination fishing license, are available on WDFW’s website at https://fishhunt.dfw.wa.gov and from license vendors around the state.

Under state law, diggers at open beaches can take 15 razor clams per day and are required to keep the first 15 they dig. Each digger’s clams must be kept in a separate container.

Persons with disabilities who need to receive this information in an alternative format or who need reasonable accommodations to participate in WDFW-sponsored public meetings or other activities may contact Dolores Noyes by phone (360-902-2349), TTY (360-902-2207), or email (dolores.noyes@dfw.wa.gov). For more information, see https://wdfw.wa.gov/accessibility/reasonable_request.html.