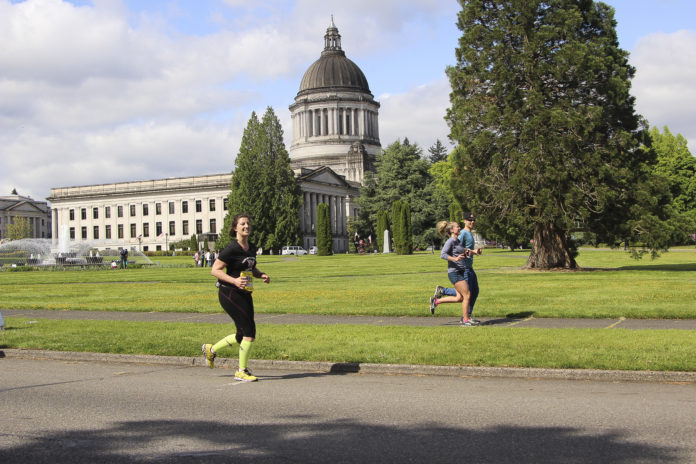 Spirits were high as the athletes reached Sylvester Park, met with smiles from their supporters and received by race officials honoring their achievement by placing commemorative medals around their necks. The race might have ended here, the party had just begun. Massage therapists were on site to soothe aching bodies and celebrations continued in the beer garden where runners could enjoy a cold one and a slice of pizza.