Like most things in life, aches and pains just happen. Each year we spend increasingly more time and money trying to fix the wear and tear that happens as we go about our lives. Some people have a specific problem that can be addressed and resolved. For many, however, finding the root of the cause is as excruciating as the pain itself.

“When you become injured, the body begins to misfire. It’s the way you compensate when you have an injury. The way the muscles contract is out of order. They don’t provide the protection the way they did before you were hurt,” explains Linnea Comstock, Owner and Physical Therapist of Comstock Physical Therapy in Lacey. Pinpointing the problem and addressing the connecting muscles is Comstock’s specialty. It is what she and her staff refer to as “Muscles-In-Sync.”

Comstock Physical Therapy uses a distinctive approach when diagnosing patients. Ultrasound imaging of deep muscles gives a holistic view of a patient as a unit instead of looking at an area as an isolated problem. It is a unique component to the practice and gives Comstock and her team an edge over traditional diagnostics and treatment.

“We look at the patient as a unit and then we can dig deep to the root of the problem within the whole.” Comstock explains that if a patient were to present with say a knee problem that the injury could be made worse by a tight Achilles or a weak hip. Traditional treatments focus on knee strengthening exercises, whereas the Muscles-In-Sync practice would also incorporate exercises for the surrounding muscles.

Comstock describes a typical experience.  A recent patient went to no less than three specialists for back and knee problems. Each specialist prescribed a treatment specific to his expertise without first incorporating treatment for the surrounding muscles. This left the patient running in circles trying to fix each part separately rather than comprehensively. “The way the muscles work together are worse than each piece by itself,” explains Comstock. “It would be like trying to learn how to read without looking at how letters form words and words form sentences. The Muscles-In-Sync philosophy looked at each problem area as part of a whole and a course of treatment was designed to retrain each component to work within the system. “

Imagine being plagued by back pains from an injury sustained in your teens. One of Comstock’s patients in his mid-thirties had been suffering for years. Like most of us tend to do, he treated the problem as it flared without long-term resolution. Steroid injections seemed to patch things until the day one wrong move threw his whole back out of whack.

Comstock explains that, “Re-injuries are common after back pain because the small low back muscles automatically become weak and do not rebound unless they are consciously retrained.”

A lifelong resident of the Puget Sound area, Comstock has deep roots in the Pacific Northwest. She knew from early on that her mission was to help people end their suffering. Comstock has spent her thirty-year career studying the fundamentals of how the muscle system should work. She is currently pursuing her Doctor of Physical Therapy degree in addition to treating her patients.

Comstock’s staff shares her allegiance to the Muscles-In-Sync philosophy. Physical Therapists, Joyce Mills and Lori Waterman, have over fifty years combined experience to treat a range of problems. Teaching patients about the hows and whys pain occurs and then restoring balance to the muscular system is the ultimate goal of all three women.

Physical therapy can mean the difference between just getting through your day and actually living your life. Who wouldn’t want to finally be rid of that nagging pain in the neck (no pun intended) or that uncomfortable pressure from an overactive bladder? 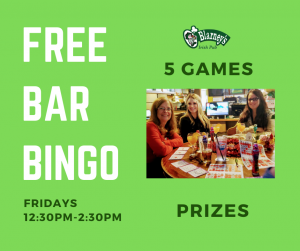 Janet Shimabukuro never imagined herself getting involved with her family’s genetic history, never dreamed of having to face cancer. She is a healthy woman,...

The Many Ways OlyFed Has Helped Its Customers and Community During...

Fourth of July 2020 in Tumwater