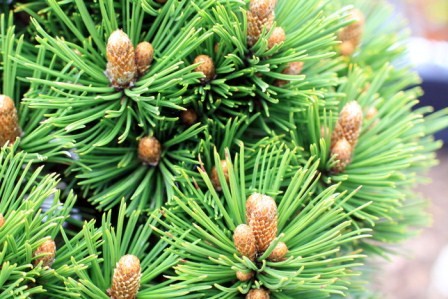 Evergreen’s Longhouse Education and Cultural Center received a $500,000 grant from the Ford Foundation to build the next stage of a planned “indigenous arts campus,” The Evergreen State College announced today.

The grant will fund the design and construction of a fiber arts studio, with the goal of preserving traditional forms of indigenous weaving and other fiber arts, and providing space for contemporary artists to collaborate and create.  A companion building to the recently built carving studio, the design of the fiber arts studio will pay tribute to the Longhouse’s long-term relationship with the Maori peoples of New Zealand, according to Tina Kuckkahn-Miller, director of the Longhouse.

Creative New Zealand, which operates similarly to the U.S. National Endowment for the Arts, is sending a noted designer and sculptor, Lyonel Grant, to work in collaboration with architect Johnpaul Jones to design and build the new space. Jones, who also designed the Longhouse, is best known for his design of the Smithsonian’s National Museum of the American Indian in Washington, DC.

“This project is a testament of our commitment to providing a space for indigenous art and culture within higher education,” said Thomas ‘Les’ Purce, president of The Evergreen State College. “The Longhouse was the first building of its kind on any college campus in the nation, and we’re excited to take this next step.”

Peter Boome, a current student at Evergreen and Salish artist, was inspired by an opportunity he had earlier this year to visit a traditional Maori meeting house created by Grant in Auckland, New Zealand.

“That building was alive and it told a story. I wanted to be a part of building a structure like that, except Salish in origin,” he said. Boome will be an intern during the creation of the fiber arts studio and will add Salish design and environmental considerations. The building will blend traditional Maori and Salish architecture.

The creation of an indigenous arts campus has recently been adopted into the master plan for The Evergreen State College.

“It’s vital that we preserve indigenous cultural voices,” said Kuckkahn-Miller.  “The fiber arts studio will allow a new generation of native artists to keep these voices and traditions alive.”

To date, the Ford Foundation has invested $1 million in the indigenous arts campus and related programming.   In 2015, the Longhouse will celebrate its twentieth anniversary.