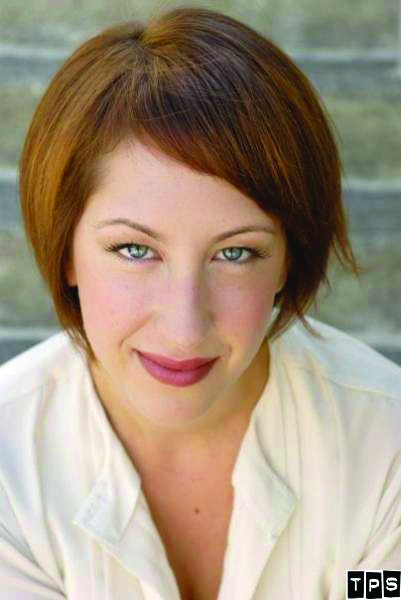 Harlequin Productions will roll out the second play of its 2014 season: The Search for Signs of Intelligent Life in the Universe by Jane Wagner. This acclaimed one-woman show, made famous by Lily Tomlin, features a parade of engaging and insightful characters played by a single performer. Award-winning Seattle actress Terri Weagant is disarmingly charming as Trudy, a bag lady who knows that she’s crazy and likes it that way. Among other things, she claims to be the subject of an experiment by space aliens that causes her to temporarily occupy the lives of other people in her neighborhood, providing the aliens with vast amounts of data concerning what it means to be human.

Celebrated Director Keira McDonald is joined by Sound Designer Jesse McNeece and Lighting Designer Amy Chisman to bring this hilarious and poignant story to life on the Harlequin stage.

Q: When did you first realize that you wanted to be an actor?

Terri: I always thought I was going to be a fine artist, like my dad. I’d paint and draw for hours on end. I was a shy kid and a worrier. Doing plays sounded terrifying. We were always around theatre stuff though. My mom played the Wicked Witch of the West in a community theatre production of The Wizard if Oz. She scared the crap out of me. She had to take off her prosthetic nose before she gave me a hug. Once I realized it was a strange version of make believe, I warmed to it. I played a mouse in Cinderella when I was 6, plastic nose and all. I see a theme here. I’m not sure when exactly I knew I wanted to be an actor, but by ten I was pretty committed.

Q: What did you do to make it happen?

Terri: I read every play I could get my hands on. I became a little obsessive. I did every production possible in Lake Chelan. When I was 18, I moved to Seattle. Cornish was what really taught me how to act. My four years there were some of the most inspiring, frustrating, challenging and rewarding years of my life.

Q: In which production and role did you first think, “I did it!

Terri: “The Fantastiks.” I grew up loving musicals, but our town/school was so small we could never get enough people to produce one. So I wrote letters to the superintendants, music directors and drama teachers of Manson and Chelan Schools suggesting that we combine our programs to produce a musical. We got the green light and decided to produce the sweet musical, “The Fantastiks.” All summer I memorized monologues and took private singing lessons in preparation for the auditions. I went to every audition they held, bringing in new monologues and songs each time. Then they posted the cast list… I was the mime. I was cast as the mime in a musical. I cried, and then got over it. Then I just got to play. I didn’t have to worry about songs or text. Just play. It was the most fun that I had ever had onstage up to that point.

Q: Provide us with one fact about yourself that will never appear in any bio.

Q: What’s the most stupid mistake you’ve ever made onstage?

Terri: Sometimes I get really into it and forget about things like gravity and spatial relations. Once I was doing a show where I was supposed to become possessed by a demon. No problem. I don’t know what I was doing, but I was really “feeling it” one night. I decided to push myself off of a phone booth harder than usual and I smacked my face on the floor. I gave myself a black eye and had to finish out the rest of the run with a shiner. That was pretty dumb.

Q: Tell us about the most transcendent moment you’ve ever had onstage.

Terri: It was actually touring Search for Signs to Alaska. I was so nervous to perform for a community that I knew socially but not artistically. I was so nervous I started shaking. Ego jitters. Then I ran through the back stage and up to the light booth which had a view of the entire audience below. I looked down and realized that they weren’t there to criticize or judge me or the play. They wanted to see a play. They were excited to see it. It wasn’t about me at all. It was the first time that I really felt like the audience and I were playing together. Does that sound cheesy? Probably. Oh well, it’s true. We breathed and laughed together. I will never forget that day.

Q: How about in real life?

Terri: The most transcendent moment in real life? I’ve had a few. Seeing the northern lights in Alaska. Climbing to the top of a temple for sunrise in Luang Prabang, Laos. Eating my first Philly Cheese steak.

Q: Harlequin Productions Artistic Director Scot Whitney has been freely  quoted as saying that he’s been trying to get you down here for years. Why do you think that is? And what’s taken you so long?

Terri: Haha. I gave him $5 to say that publicly. No, I’m kidding. I don’t have $5. He and I met each other at a TPS audition, I think it was, and we hit it off right away. For years friends had been telling me about working with Harlequin and how much they loved it. I’d run into him at play after play (that man sees so much damn theatre), and we’d talk about working together, but the timing was never right. I was either already working on a show or heading out of the country. Everything lined up perfectly this year.

Q: You seem to have a profound affinity for The Search for Signs of Intelligent Life in the Universe. Why is it so important to you?

Terri: “Search for Signs…” was one of the first plays I ever read. I think I was around 11 or so. Most of it went over my head, but there was something about Trudy that really drew me in. She was so out there and “crazy,” and didn’t give a hoot about it. I remember a girl in my Girl Scout troupe called me “weird.” I was 7 and already being labeled as an oddball. I was embarrassed and apologetic at first, but then I realized how freeing being weird was. I have always loved Trudy’s line “I never could have done stuff like that when I was in my right mind, I’d be worried people would think I was crazy. When I think of the fun I missed I try not to be bitter.” I saw Lily Tomlin do the show at the Seattle Rep in 2000. She made it look so effortless. I really felt like her scene partner as an audience member. And when she said the final “soup” and “art” line I started openly weeping. It was one of the most powerful experiences I’ve ever had in the theatre.

Q: If Congress passed a law this year that forbade Terri Weagant from ever appearing on stage again, what would you do?

Terri: Become a politician. If they don’t like me onstage, they’re gonna hate me in congress.

Q: Smooth or chunky? Red or white? Swiss or cheddar? Butter or margarine? Steak or tofu? Black or pinto? How many stars?

Harlequin Productions is proud to present The Search for Signs of Intelligent Life in the Universe, running January 23 – February 15 at the historic State Theater in downtown Olympia. For more information, please

We would like to give a very special thanks to this productions’ sponsor, Earth Friendly Products, for helping to make our presentation of this play possible. Please visit ecos.com to learn more about the environmentally friendly products they offer.