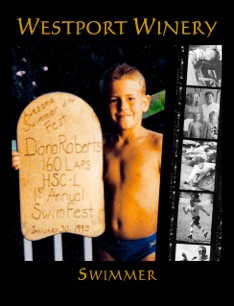 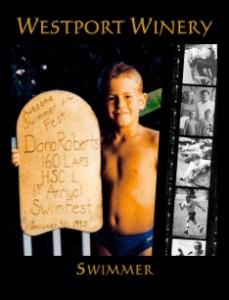 Westport Winery earned three medals at the 2014 San Francisco Chronicle Wine Competition. This has set a new American wine competition record with 5,800 entries from 1400 brands, and it remains the “Largest Competition of American Wines in the World.”

These results announced on January 10, continue to highlight the acclaim for Swimmer, the winery’s Petite Sirah crafted from grapes grown in Jones Vineyard on Washington’s Wahluke Slope. According to director of winemaking, Dana Roberts, “As soon as we released this wine it started bringing home points and medals. Petite Sirah is not common in Washington, but our vineyard is in one of the hotter locations in the state plus we work in concert with our grower to develop fruit with just the right characteristics.” A portion of the proceeds from this wine benefits Grays Harbor’s Children’s Advocacy Center. It features a photo of Roberts when he was a very young competitive swimmer on Maui where he was born.