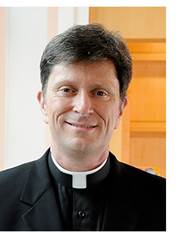 Pratt, who joined the Saint Martin’s faculty in 2008, will present “The End of Lecturing” at 4 p.m., Tuesday, March 26, in Harned Hall 110, located on the University’s Lacey campus, 5000 Abbey Way SE. The event and a reception to immediately follow are free and open to the public.

The Last Lecture talk, which is sponsored by the Associated Students of Saint Martin’s University (ASSMU), centers on the question, “If this was your last lecture before a group of students, what would you say?”

“It gives us a chance to speak in an ultimate way – as if it were the only thing, and the last thing, that ever needs to be said,” explains Pratt of the concept behind the Last Lecture.

Saint Martin’s and other universities throughout the United States were inspired to begin hosting a Last Lecture series following a widely popularized talk presented in 2007 by Carnegie Mellon University Professor Randy Pausch. He was a beloved faculty member, researcher and mentor who had been diagnosed at a young age with terminal cancer. Pausch’s students and colleagues believed he had one last lesson to give, which he delivered in a lecture entitled, “Really Achieving Your Childhood Dreams.”.

Pratt will speak on “The End of Lecturing,” a title he says he intended to be playful, adding, “It will unfold into the more serious matters of compassion, and learning and reaching our destiny in life.”

“I’m looking forward to hearing what Fr. Pratt is going to reflect upon, drawing from the ideas of the great philosophers, as well as his rich life experiences as an Eastern Orthodox priest, his relief work in Africa, his years as a chaplain in the Navy and Marine Corp, and now, his work as a professor of philosophy,” says Katya Shkurkin, Ph.D., professor and director of the Social Work and Community Service programs, and this year’s faculty advisor to the student Last Lecture committee. Shkurkin was also the inaugural Last Lecture speaker at Saint Martin’s in 2010.

“It is an honor to be chosen, and each speaker has taken a slightly different road to express what they value and have found important in their lives,” Shkurkin says.

Pratt attended the University of California and the Graduate Theological Union, both in Berkeley, Calif., where he earned graduate and undergraduate degrees in philosophy and theology.  He holds a divinity degree from St. Vladimir’s Orthodox Seminary in New York.

Pratt did doctoral studies at the Catholic University of Louvain, Belgium, where he specialized in ethics and was the recipient of the Flemish Government Academic Fellowship Award for 2007. He is a member of the American Philosophical Association, the Society for Continental Philosophy and Theology, and the European Society for the Philosophy of Religion.

Pratt’s recent publications include articles and book chapters on moral responsibility, reconciliation and just war theory.  He has served in the Orthodox Church in America for more than 20 years, and holds the rank of Archpriest. He is currently writing two books, one on the moral psychology of Martha Nussbaum, the renowned American social philosopher. The other book, Dostoevsky Philosopher, is a study of Fyodor Dostoevsky, the Russian novelist, short story writer and essayist, as a metaphysical ethical thinker.

Inslee Issues Guidance for Libraries, Drive-In Theaters in Phases 1 and 2 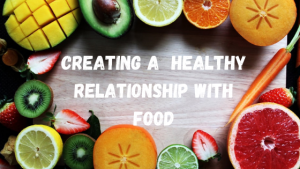 Tired of feeling a struggle around food and eating well? Does your relationship with food feel complicated? Are you weary of jumping on & off the dieting wagon? Do you struggle with emotional eating, or[...]
View Calendar

Experience Olympia & Beyond Announces the Recipients of the 2020 Thurston...