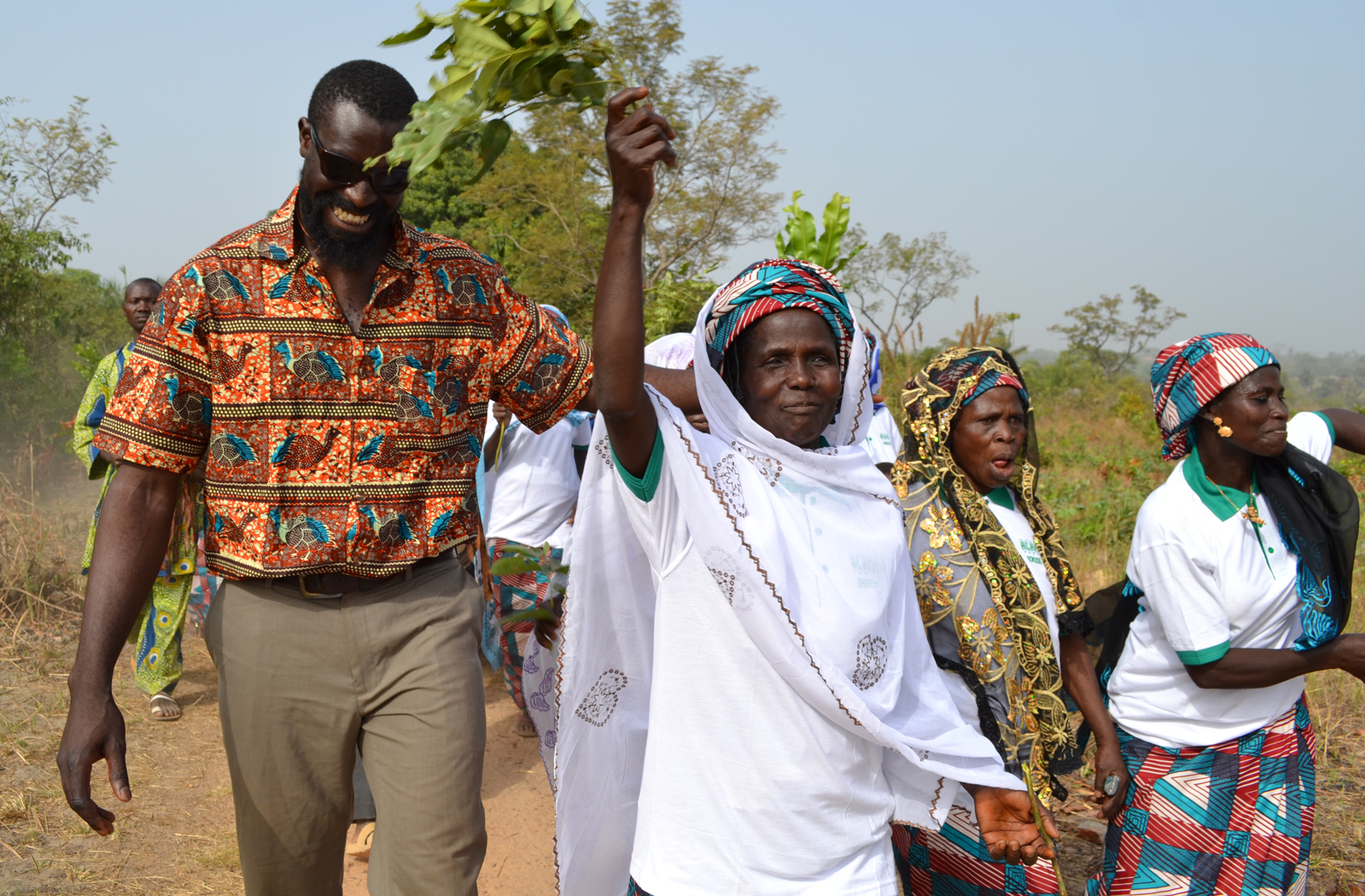 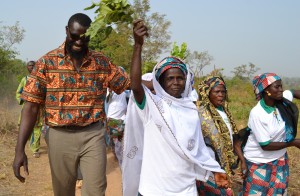 When I was little, I would sit by the shore and drop pebbles into the water. Mesmerized, I would watch as the small pebble would cause ripples—growing bigger and bigger. I’m sure many of you have heard of the ripple effect, but it’s not often we get to see it in motion.

I’d like to tell you a story of a man who overcame hardship and decided not to turn away from the life he once knew. Instead, he used it as fuel to provide a better life for many Africans; his name is Olowo-n’djo Tchala.

Olowo-n’djo is the owner of Alaffia, a local Olympia company producing and selling Shea butter based skin care products nationwide. Through Alaffia and the Shea Butter Cooperative he started in Togo, West Africa, he empowers African women and organizes community projects that help reduce poverty in West African communities.

In a letter written in June 2010, Olowo-n’djo expressed the pertinence of the Bicycles for Education program, “today, only 9% of girls in rural Togo make it through secondary school. One of the greatest contributors to this high drop-out rate is the distance these girls must walk to school. Since 2004, Alaffia has distributed over 4,000 bicycles to these students, which have helped them stay in school, a critical step for these communities to get out of poverty.”

Bicycles for Education is a local project that many can get involved with. On August 25th, from 10 a.m. – 2 p.m., at The Fish Tale Brew Pub, Alaffia will be accepting donations of adult sized bikes and bike parts to ship to Togo.  Bikes are a critical mode of transportation for girls wishing to continue their education. Some of these girls walk between five and fifteen miles per day just to get to school.

Mawoumbé Laba was one of those girls.  Mawoumbe is a tenth grade student at the Komah General High School in Sokodé, Togo who received a bicycle from Alaffia. In a personal testimony she voices her appreciation for a bicycle that was gifted to her.

“Thanks to my bicycle, I am no longer late for class and can avoid extreme weather like thunderstorms and the intense heat of the dry season – which used to affect my health. In the past, I was frequently tardy due to the long distance to school. Also, I can come home each day to eat lunch with my family and return to school for the afternoon session.  Because I have a bicycle, I can meet my classmates after school to form study groups.  In a poor family with many children, I am extremely grateful for the bicycle and thank Alaffia very much.”

How it all started: from square one to a successful, sustainable business.

Olowo-n’djo grew up in Kaboli, Togo. “There is no question about poverty in many parts of Africa. But when you grow up in it, you don’t see it; you just know you don’t have enough.”

“Even just having a pen to write with is a very difficult thing. When I first came to the U.S, I was very shocked by how many pens and pencils children have access to, which is one of the many reasons why I do everything I can to support my communities in Togo.”

Around the age of nineteen, he met Rose, a Peace Corps Volunteer who had been assigned to his town, given her background in Ethnobotany, to counsel local farmers.

In 1998, Olowo-n’djo joined Rose in the US and began attending community college to learn English.

In the fall of 1999, they both moved from Wenatchee, WA to California. He continued community college and later transferred to the University of California, Davis where he studied Organizational Theory. While in school, Olowo-n’djo realized he had a moral duty to use his educational opportunity to help his communities in Togo.

His goal was to create Shea Butter Co-ops through which he would compensate African women, at fair value, for their skills. “As a result, they gain income and livelihoods to support their families, while maintaining traditions and managing a sustainable resource.”

“In my view, the definition of empowerment is to be able to uplift somebody with respect and to be able to see somebody as having the potential to contribute,” he said.

When he went to Togo to start the first Co-op in 2003, he still had one year of schooling to finish.

Since then, his journey has been one of emotion and triumph: from moving to Olympia and learning to make and sell products in local fairs and co-ops in 2004, to nationwide distribution of over 100 quality, certified Fair Trade body care products today.

And throughout it all, contributing 10% of Alaffia’s total sales toward their community projects in Togo.

Olowo-n’djo didn’t just have a dream; he had a vision. And through this vision, this one man embraced what Gregg Braden refers to as our greatest force, “In the instant of our first breath, we are infused with the single greatest force in the universe—the power to translate the possibilities of our minds into the reality of our world.”

Olowo-n’djo’s story gives all a chance to see what passion and empathy can do for the world. And perhaps through his story, we can see the world through a different lens.

For more information regarding Alaffia or its community projects, visit Alaffia.com.

With a New Location and Website, Gallery Boom in Olympia Is Finding Innovative Ways to Bring Art to the People