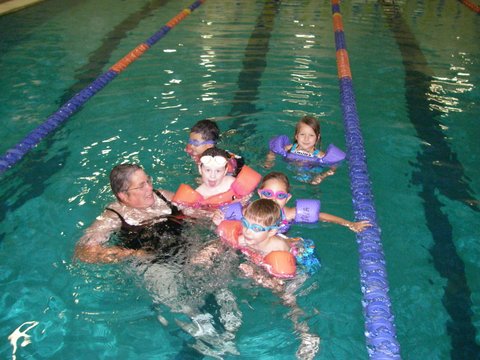 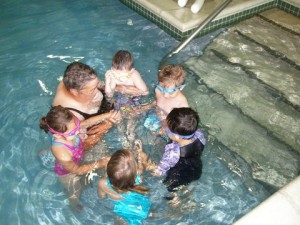 For kids, summer means running through a sprinkler, dipping toes in Puget Sound, skirting the jets at the downtown Olympia fountain, cruising in a boat, or swimming in a cool lake.

And, all of these activities have one thing in common – water!

For Paul Avery, Aquatics Director at the Briggs YMCA, the importance of learning to swim is paramount.  Avery shares these facts specific to Washington State:

“To me, those local figures state exactly why it’s important for kids to learn to swim, especially if you add in the immense access to water in our community,” emphasizes Avery.

The YMCA has been teaching people to swim for over a century.  The Y’s swim lesson program was developed out of concern for the safety and protection of children.  Avery stresses that learning to swim is a lifelong skill for health and safety.

“We teach swimming in a caring way.  Participants learn safety and rescue skills as well as water activities that they can carry with them for a lifetime,” says Avery.  “Learning to swim promotes a healthy lifestyle.”

Teaching kids, teens, and adults to swim is just one way that the Y’s programs tie into the organization’s mission.  “At the Y, we are interested in the entire person.  We are not ‘just teaching someone to swim’ but to grow as a person and to recognize that their mind, body, and spirit are all interrelated,” comments Avery.

The Y is a leader in strengthening families in our community.  And, swim lessons are directly related to this effort.

The parent/toddler swim classes are a popular way for parents to bond with their infants and very young children.  Instructors lead the aquatics class in songs and games while also educating parents on safety skills and helping youngsters become comfortable in the water.

“We encourage families to ‘get their feet wet’ by registering a child to learn swimming skills,” comments Avery.  With a diverse schedule, Avery is confident that there is a class that is a match for each family’s schedule.

“The Y considers age, safety factors and skill levels when designing the class schedule.  There is no class ‘too small’ for us to pay attention to,” remarks Avery.

Swim lessons are not limited to children.  Adult swim instruction is offered at the Y in the evening.  “Come and just learn how to blow bubbles,” encourages Avery. 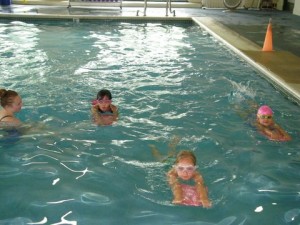 In late July, the South Sound YMCA is excited to host the Washington State Senior Games.  A qualifying event for the national competition, the Y’s master’s swim team will be competing against other master swimmers from across the state.

Swim lessons at the YMCA are on the schedule year-round.  Classes are offered in the morning, afternoon and evening as well as just on Saturdays.  During the summer, the Y offers one week classes.

Once you can swim, the possibilities open up for more choices in water-related fitness.  Beyond the Y’s master swim team, the South Sound YMCA also hosts a synchronized swimming team for both youth and adults, water exercise classes, and a senior volleyball team.  All prime examples of the Y’s quest to encourage healthy lifestyles.

“Learning to swim gives a person confidence and pride.  The Y’s swim program grows a person in spirit, mind and body,” summarizes Avery. 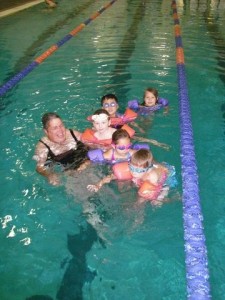