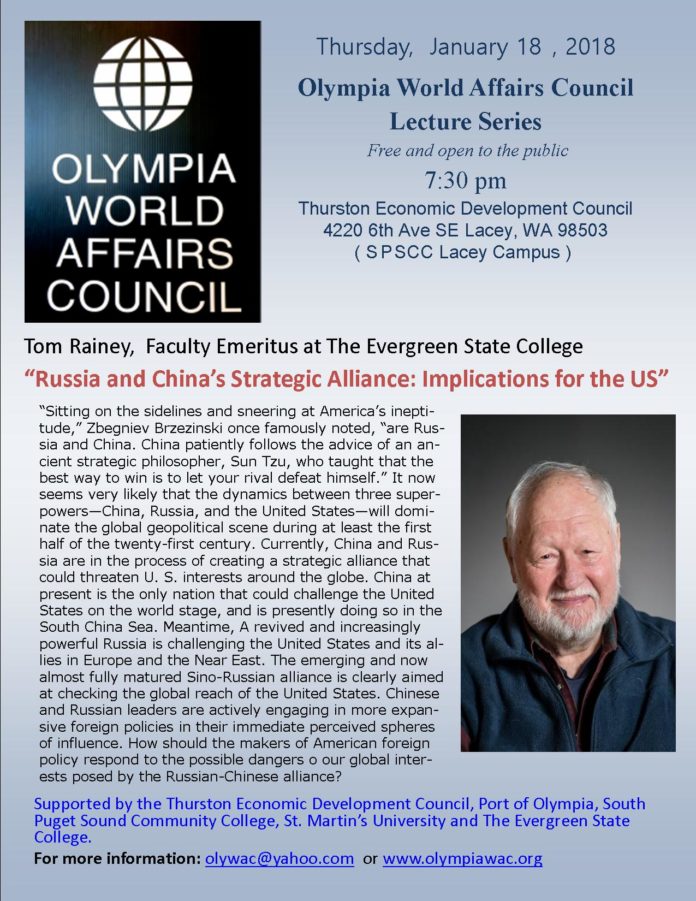 Speaker Tom Rainey, Faculty from The Evergreen State College will speak on “Russia and China’s Strategic Alliance and the Implications for the US”

It now seems very likely that the dynamics between three superpowers—China, Russia, and the United States—will dominate the global geopolitical scene during at least the first half of the twenty-first century. Currently, China and Russia are in the process of creating a strategic alliance that could threaten U. S. interests around the globe. Meantime, A revived and increasingly powerful Russia is challenging the United States and its allies in Europe and the Near East. Chinese and Russian leaders are actively engaging in more expansive foreign policies in their immediate perceived spheres of influence. How should the makers of American foreign policy respond to the possible dangers of our global interests posed by the Russian-Chinese alliance?

Love is in the air with Valentine’s Day just around the corner. We can all think of someone special to us this time of...

How to Support Local Thurston County Farmers Year-Round, Even in the...

The Evergreen State College Longhouse Celebrates its 25+1 Anniversary of Supporting...