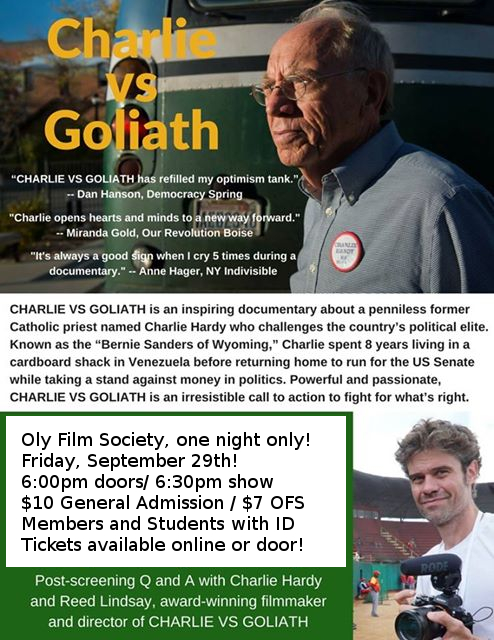 Charlie vs Goliath is a feature-length documentary about an ordinary man’s extraordinary struggle to shake up the political establishment. It would be hard to find a more unlikely candidate than Charlie Hardy, a 75-year-old penniless former Catholic priest who spent nearly a decade serving the poor while living in a cardboard shack in a Venezuelan slum. In 2011, Charlie returns to his hometown of Cheyenne, Wyoming, and is shocked to see poverty, hunger, and homelessness.

Bubbles. Boba. Pearls. Whatever you prefer to call them, there is just something about those chewy tapioca balls that really is almost addicting (could...

Wine and Dine Your Banquet or Wedding at the Olympia Country...

Holidays are Here at the Olympia Farmers Market

Focus on Making Memories This Year While Bayview Catering Sets Your...