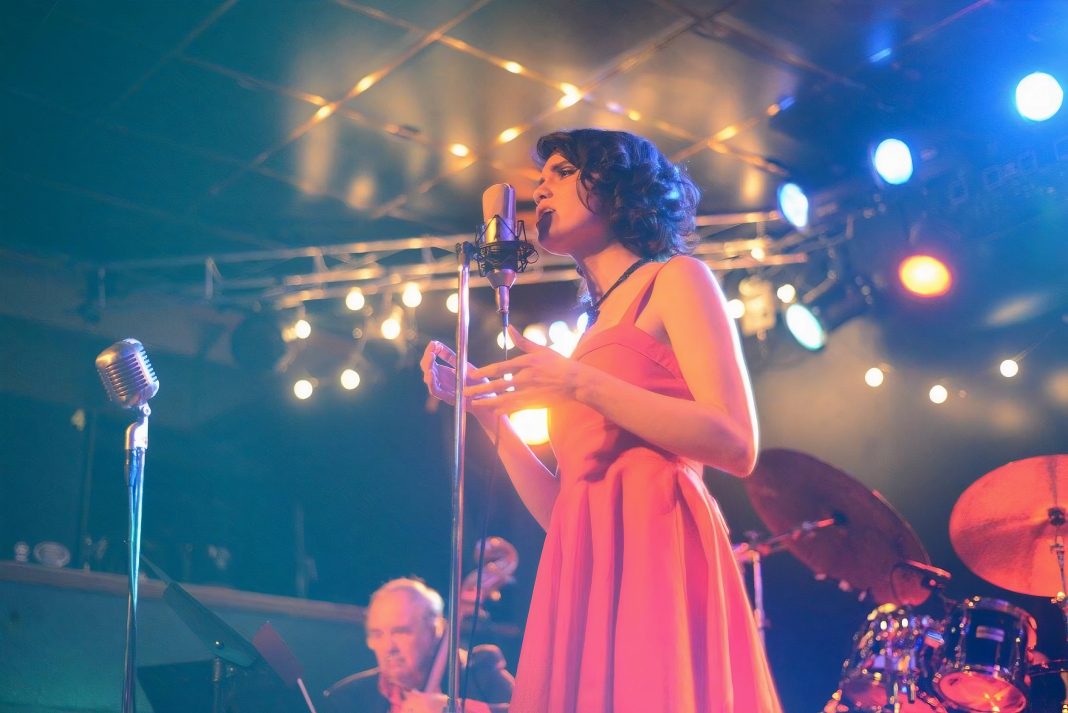 Jazz is a truly American creation but when played by indigenous musicians it’s even more deeply resonant. Pianist George Russell once said that “If America has a future, jazz has a future. The two are inseparable.” This iconic pairing is coming to the Washington Center for the Performing Arts thanks to the Julia Keefe Indigenous Big Band on Thursday, May 19.

A talented musician herself, Keefe discovered music early and fell in love. “I have always been fascinated by Native music since my time growing up on my tribe’s reservation in Idaho,” she says. “I think growing up in ceremony was a huge part of my early ear training. I had heard the music of Billie Holiday as a four-year-old and her melodies haunted me—in a wonderful way—as I grew up. It wasn’t until I began studying music in school that I really got turned on to jazz in a more formal way.”

And despite not being a hotspot like New York or New Orleans, “Jazz is a huge part of the music education scene in the Inland Northwest,” says Keefe. “While going to school at Gonzaga Prep in Spokane, I came across the name Mildred Bailey during my research into another Spokane musical hero, Bing Crosby. Not only did Mildred grow up in Spokane, but she was of Coeur d’Alene descent, and she was the first woman to sing in front of a big band in the late 1920’s and early 1930’s.”

Seeing someone of similar background felt important to Keefe as she started out. “This was so huge for me as a young jazz musician: to see someone like me in this artform. After that, the research continued, and I was turned on to Keely Smith (Cherokee) and Jim Pepper (Kaw and Muscogee Creek). So many influential artists in jazz are of Indigenous descent. It is high time we celebrated their legacies.”

More than just a concert, “this performance is a residency, funded by South Arts, to bring about this new work,” says Keefe. “Hopefully from here we can launch into a larger tour. I was born in Seattle and have performed there many times as a soloist and in small ensembles. I performed at the Washington Center last year in another show called Welcome to Indian Country.”

To date, it’s taken many great minds many long months bringing the show to life. “This project has been bouncing around the brains of several of the key players in this band for a while,” says Keefe. “We were only able to start working on the project in the last year. Thanks to the amazing support from South Arts, the Doris Duke Charitable Foundation, The Andrew Mellon Foundation, and the fantastic artists who are collaborating on this project, we will finally get to perform for an audience. From there, we hope to see more performance dates, expand the band, and bring on more guest artists. We would also like to create more educational and mentorship opportunities for young Indigenous jazz musicians. We are only just getting started on this wonderful musical journey.”

During the evening’s performance, Keefe and her fellow musicians will spotlight both history and music. “This band is one in a long tradition of all-Native bands from the 30’s and 40’s. We want to celebrate not only this history of Native in jazz but the bright and brilliant future as well.”

“Oftentimes when people think of Native American musicians, a very specific mental image comes to mind,” says Keefe. “What folks might not know is that Native musicians have been in every genre of the twentieth century. From blues to jazz, folk, rock and hip hop. Not only have Native musicians played this music, they have influenced the trajectory of this music.”

Purchase seats for this amazing night of music online, by calling 360.753.8586 or at the box office. The ticket window is open from noon until 5:30 p.m. Tuesday through Saturday and two hours before any ticketed event. You can find answers to the latest COVID-19 frequently asked questions on their website as well, including vaccination and masking requirements.

The aural traditions of Native American artists showcase a wealth of history, creativity and community. The same can be said for jazz masters whether composing timeless works or performing them with a signature twist. Come enjoy the unique experience of indigenous jazz for one night only for a toe-tapping education that’ll have you dancing in the aisles.

Iron Rabbit in Olympia Cooks Up Gourmet Fun Food for Your...