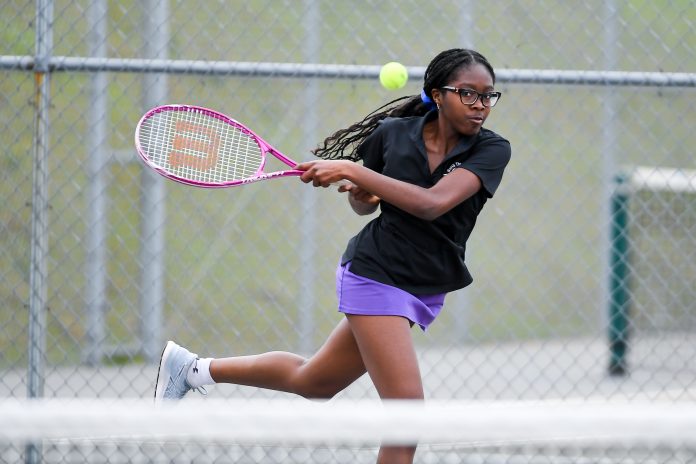 North Thurston head coach Joanne Sposito was happy to see her team implementing strategies they have been working on over the season. “We are a mix of new and stronger players and it is a bit of a building year but we are fighting hard and doing well, remarked Sposito. “Senior Dani Johnson has been great leading our team as our senior captian and I really have tried to have a spirit of grace in that we all make mistakes but I want my team to focus on moving forward and just keep going for it.”

Timberline has a younger squad this year with many athletes new to tennis and coach Kristine Mosher has focused on continuing to grow and be more consistent in play. “We have some new players this year and some that have been around which is pretty typical for teams at Timberline,” Mosher stated after the match. “We try to play fair, call lines correctly, get better every day and realize this is a sport you can play for life.”

Timberline has several remaining matches and ends the season May 5th hosting Gig Harbor. North Thurston has matches with Peninsula and Capital before 3A Districts.