The non-profit International Mermaid Museum was awarded a $1000 grant this week from Northwest Farm Credit Services headquartered in Spokane, Washington. Museum founder Kim Roberts said, “This grant is special since it will allow us to feature a display on oyster farming here on the Washington Coast. We will tie it back to the story of Ben-Varrey mermaids from Scotland.” 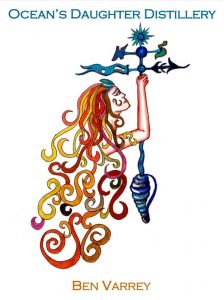 The museum has a clear mission of teaching ocean ecology from seashore to sea floor immersed in mermaid mythology. Roberts said, “Our board of directors believes offering these lessons within the mythology of merfolk will allow the museum to engage all ages in a fun and unique manner. When you look around the world, virtually all seafaring nations have mermaid lore. This is one of those things that unites different cultures.”

The museum’s grant application was sponsored by Stan and Jill Schwartz Farms in Reardan, Washington. A portion of the proceeds from spirits crafted by Ocean’s Daughter Distillery are donated to support the museum. The distillery will release a new whiskey made from Washington white winter wheat grown on the Schwartz farm later this year. Ben-Varrey is the name of their Irish cream liqueur.

This is the first museum in the world dedicated to mermaids. It will be constructed on the grounds of Westport Winery Garden Resort on the Washington Coast. This is also home to Ocean’s Daughter Distillery.

This is the second grant awarded to the museum. The first came from the Awesome Foundation in the amount of $750.

Inquiries about making financial donations or items to include in the display are encouraged by emailing info@mermaidmuseum.org.