As a congregation, Saint James Anglican Church has only been around since 2002. Their religion finds its roots in the centuries-old Church of England that migrated over to the United States through Canada. And, the home to their flock is now in one of the oldest church buildings in Thurston County. 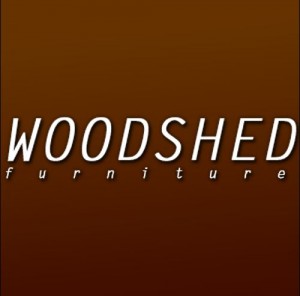 With their deep roots in the history of religion, the people of Saint James are making improvements to their historic home. What is commonly known as the Tumwater Methodist Church stands on the corner of 2nd and B in Tumwater. While named for the Methodists, this is only because when it was founded, the Methodist faith was the most numerous congregations to use the church. While the Methodists owned the land and structure, many other faiths were able to use this utilitarian building since its opening in 1872.

One of the first things the Saint James’ congregation worked on was restoring the altar by adding an altar table and other modern features of the Anglican altar. “We’re focusing on making this a holy space,” said Stephen Morrison, Saint James’ associate vicar.

Morrison himself, before becoming involved with the church, had a hand in restoring a historic hotel in Tumwater. “It is a bit like restoring an old car,” Morrison said. “There are only certain things you can do to the building.”

For years before Interstate 5 bisected the oldest part of Tumwater, this seemingly modest church dominated the visual experience of pioneer Tumwater. It stood prominently halfway up the hillside above even more modest pioneer houses and businesses.

The construction of the church building itself was a bit of civic competition. Two prominent Tumwater residents, Clanrick Crosby and Nelson Barnes, challenged each other to give more funds to support the construction of the church. The labor itself needed to put the materials together came free. Barnes deeded the property for the church and the in the summer of 1872 the building opened, completely debt free.

Actual live-in Methodist ministers did make a home in Tumwater from time to time, but the building was mostly serviced by so-called circuit-riding ministers, who would serve more than one church at a time.

The biggest change in the church came in the 1930s when the Methodists expanded, adding on what is now a meeting room.

The 1960s were a period of extensive change for the building. Not only did it fall out of the hands of the Methodist faith for the first time after just less than 100 years, but extensive renovations changed the nature of the space inside the walls.

Before the church saw these extensive renovations in the part of the 20th century, it was, as described by Morrison “a big square box.” You can still see the evidence of this old interior from small doors in the church’s upper meeting room. Currently, the main area of the church includes a dropped peaked ceiling. But, above that ceiling is several hundred feet that are now used as storage space. The original tall windows (though you can still see them outside) aren’t usable from the main space, but can still be seen if you venture upstairs.

In the decades between the Methodists and Anglicans, the church has been used by Unitarians, Quakers, a labor union, and other faiths. It was owned by a Quaker congregation when Saint James set their sights on the building three years ago. The Quakers had already moved out a few years before for larger accommodations and a smaller evangelical church has temporarily used the space.

“We had money in the bank, but we were renting spaces and we were eating through our reserves,” Morrison said. Through chance and providence, the leaders of Saint James set to finding a church building that they could buy. Morrison began his search for a small church building in Tumwater that was for sale. Immediately, the historic Methodist church popped up.

“We went to the previous owners and we laid out our program and we asked them if they would consider us,” he said. Small congregations, especially with only a handful of members, aren’t the kind of operations that normally get bank loans. But, said Morrison, “They said yes.”

And, with a stable base of operations, the membership of Saint James began to grow. In the few short years since moving in, their membership has more than tripled. After remaking the altar, their most significant refurbishment has been focused on the 1930s-era community room in the rear of the church. They have refinished the entire room, including new molding and paint.

One planned renovation for the church is bringing back an actual bell to the belfry.

A storm destroyed the original belfry on the building in 1962 and it was replaced with a shorter version. And, the original bell is now housed just more than a mile south at the church that has housed the Methodists since they left in 1968. “Calling the faithful to service is something that has always been part of a building like this,” Morrison said.

Home is Where You Hang Your Hat: Beloved Radio Station KGY Dives Into a New Era Even As It Faces Losing Its Historical Home...