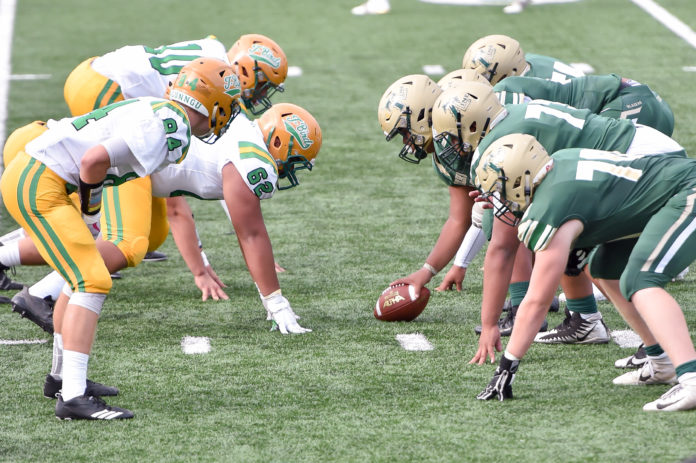 The South Sound High School football season began Friday night as Tumwater defeated Timberline, 35-6 in Lacey. The T-Bird running game of seniors Dylan Loftis and Zane Murphy, and junior Dylan Paine combined for 189 yards and five touch downs to lead the T-Birds. Loftis began the third quarter by running the kickoff back 88 yards and later followed that with a 68 yard game defining sweep to put the T-Birds ahead 28-6.

Timberlines only score was a second quarter pass from senior quarterback Hunter Campau to Izaiah Jerenz. Tumwater coach Bill Beattie stated he was happy with his teams performance. “I’m just so proud of the way the kids battled and hung in there,” says Beattie. “We were a little sloppy at the start and some things happened and they just stayed together and kept battling all game.”  Both teams play next Friday as Timberline hosts Bonney Lake and Tumwater travels to Yelm.