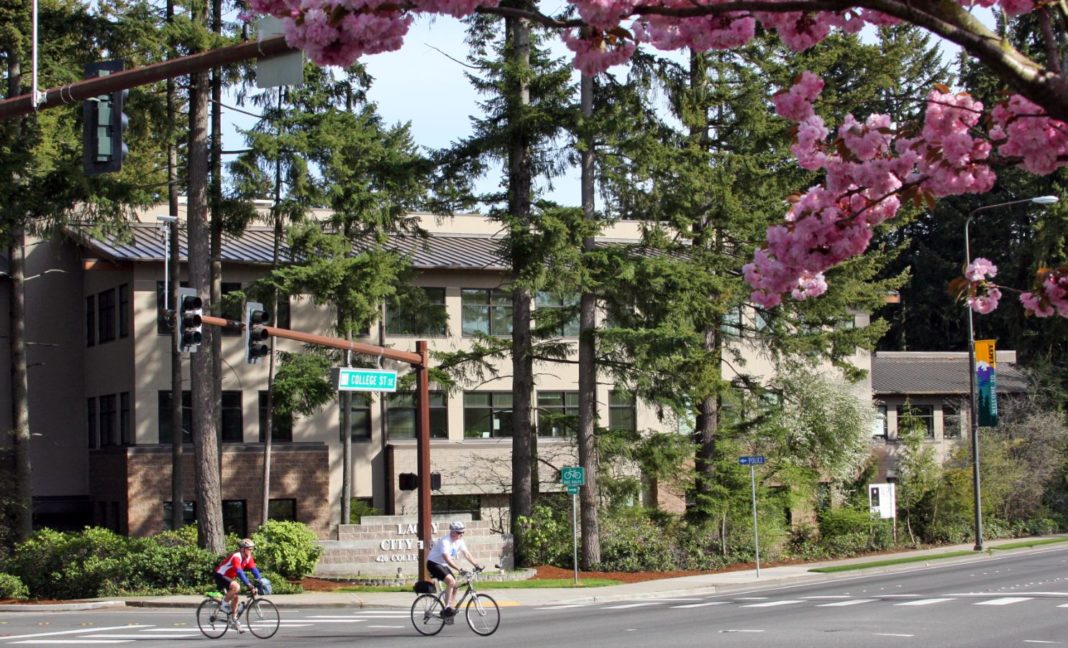 The City of Lacey invites input on its draft Depot District Subarea Plan and draft Pedestrian and Bicycle Plan at a public hearing on Tuesday, August 21, 2018, at 7:00 p.m. in the Lacey City Hall Council Chambers, 420 College St SE. If you are unable to attend the public hearing, you can provide written comment no later than 5:00 p.m., Tuesday, August 21, 2018 by emailing RAndrews@ci.lacey.wa.us.

The draft Depot District Subarea Plan was created with input from residents and a diverse group of stakeholders including the business community and St. Martin’s University. The plan will set direction for reinvestment and revitalization of the area. Community involvement has been a crucial part of the process.

The City encourages you to review the draft plan prior to attending the public hearing at ci.lacey.wa.us/DepotDistrictPlan.

The City of Lacey worked extensively with the community to identify a fully connected and safe pedestrian and bicycle network and strategies for building out the network over time. The goal was to create a community where walking and biking are safe, convenient, and fun.

Prior to attending the public hearing, the City encourages you to review the draft plan at ci.lacey.wa.us/WalkingAndBiking.