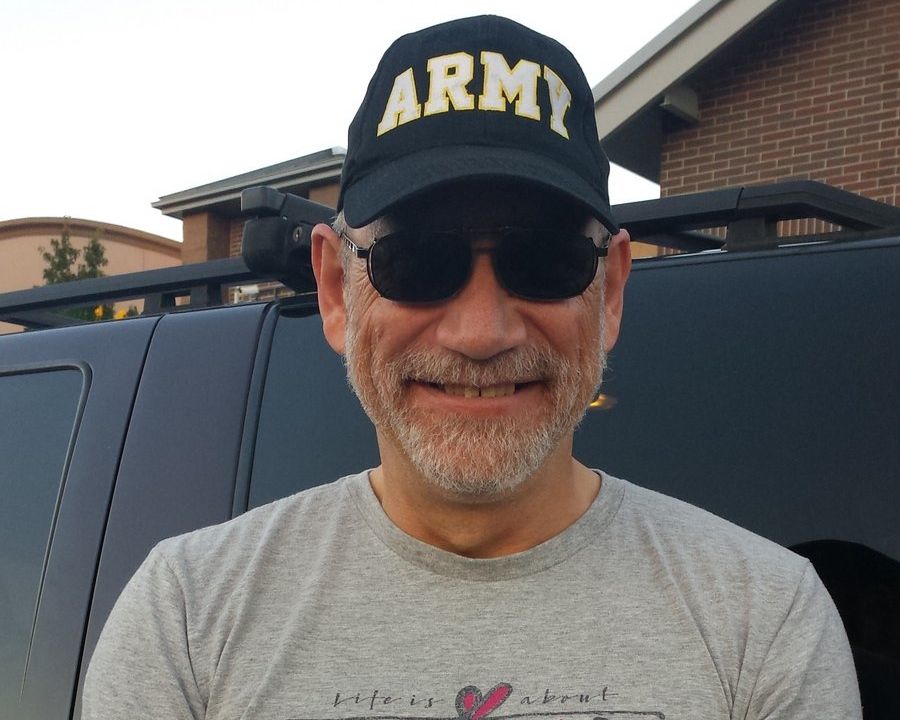 Jack Potter never expected to be homeless. He’d actually begun working on Veterans Christian Charity, an organization to help homeless veterans get off the street, when his life took a dramatic turn. On April 13, 2016, he suddenly found himself on the other side of the equation when violence in his living situation left him with nowhere to go.

“I went into shock,” says Potter.  “I didn’t see this coming. I had just sold my 35 foot class A RV a few weeks before and I had a luxury car left.”

For three days, the U.S. Army veteran found a variety of places to sleep while calling every charity, church, and government agency he could find to see what services were available for service members on the streets. “I met a lot of people, and they all had one word in common: no,” he says.

Having come face to face with the dearth of options for vets, Potter began to pursue his charity in earnest. While he eventually was able to buy a trailer and park it on an empty lot next to a sympathetic business, he saw that many were struggling even more than he was. He decided to turn to the business community for help.

And help they did. Donations of clothes, food, money, gas, and services began pouring in, but rather than using them for himself, Potter has been giving them to others. “There are some that aren’t as well off as I am,” he says. “They don’t have the income that I’ve got or the trailer to sleep in. The people that are lost are the ones that I’m here to help.”

Thurston County Commissioner Bud Blake works with Potter on the Housing Action Team for Thurston Thrives, and finds his input invaluable. “Jack is absolutely a conduit for reaching out to those veterans who are homeless or low-income burden,” says Blake. “He’s been a wonderful asset in terms of reaching out to those in the community. From a policy standpoint it’s great to have someone of his magnitude bring questions and issues to the table.”

The Housing Action Team is divided into three groups and Potter sits on the so-called ‘Red Team’ which is focused on developing a ten-year plan to outline affordable housing and address homelessness. “He brings a lot of perspective,” says Blake. “He literally knows block to block what’s going on and has his finger on the community pulse.”

For now, Potter is dealing with the immediate needs of those on the street. “I’ll load up my Tahoe and go down to the Artesian Well, walk into the middle of the park and holler it out: ‘Are there any homeless veterans here?’” he says. Most of the people he’s met thus far are non-military, but he helps them nonetheless.

“I tell them I’m a homeless advocate with Veterans Christian Charity and give them my card,” he says. “Then I’ll ask, ‘What do you need?’” For people who are hungry, he has a supply of pop-cans of food. For those who need clothes as the weather turns colder, he can supply those too, although he doesn’t always have the sizes people need right away.

But for the long term, Potter has bigger ambitions. As he envisions it, the charity will function in four phases: in the first, veterans will have their basic needs cared for – warmth, food, dry clothes, a shower, communication with relatives if they so desire. After that, they’ll get help navigating the Veterans Affairs benefit system. Next, they’ll move into a place where they can stay for up to 30 days. “This is where they can really get settled in and figure out what their next steps are,” says Potter.  “There will be counselors – maybe not licensed counselors but peer counselors that can sit and talk with them about what they’re going through.”

He estimates that the great majority of veterans on the street are suffering from some degree of PTSD and they could benefit from talking with others who share their experiences. “PTSD is a killer,” he says.  “It kills families, it kills relationships, it kills jobs, it kills the people having it, it kills drive, it kills faith, it kills everything. That’s the biggest reason veterans end up on the streets.”

In the final phase, veterans will have a choice between going home, going back to the streets, or moving into a program house for five to seven years. “This is where a veteran learns to become a civilian,” says Potter. “The military life is a culture unto itself. We’ve got our own language, our own rituals, everything. Converting that to civilian life is difficult at best, impossible at worst.”

While the program house would be conveniently located in an urban area to facilitate school, work, and appointments, Potter also envisions a farm for those no longer in the workforce. Ideally, it would be located on a 40-acre property with up to 500 beds. “We’ll set up an organic farm with goats and chickens and a lot of therapy programs,” says Potter. “Cheryl Corrigan, who runs Rainier Therapeutic Riding, can work with us on therapeutic riding. Patrick Siefert of Twenty22Many can help us with suicide prevention. There will be a lot of activity there to get the veterans engaged with farm life.”

Daniel Wingate is a homeless advocate who knows Potter through several business networking groups and has been helping him set up the non-profit’s structure. “Jack is a compelling person,” he says. “I like his passion. He’s not homeless by choice, but believes that this is his calling. Instead of taking the money he gets to go and get a place for himself, he uses it to help other people. His feet are in the fire. He always says he’ll be homeless until they can all get off the streets together.”

In the short term, Potter is holding a fundraising event at Forrey’s Forza in Lacey on November 5 to raise money to file the legal paperwork to become a tax-exempt non-profit organization. A Pampered Chef demonstration will last from 11:00 to 1:00. He’s also asking people to sign up for a monthly giving program at $10 per month to work toward the goal of purchasing property. “If half of the people following me on facebook donate $10 a month we could rent a chunk of property and I could get veterans off the streets immediately,” he says. “That’s what I’m pushing for right now.”

Planning for the future? Providence Reminds You That April 16 Is a Great Opportunity to Have a Conversation