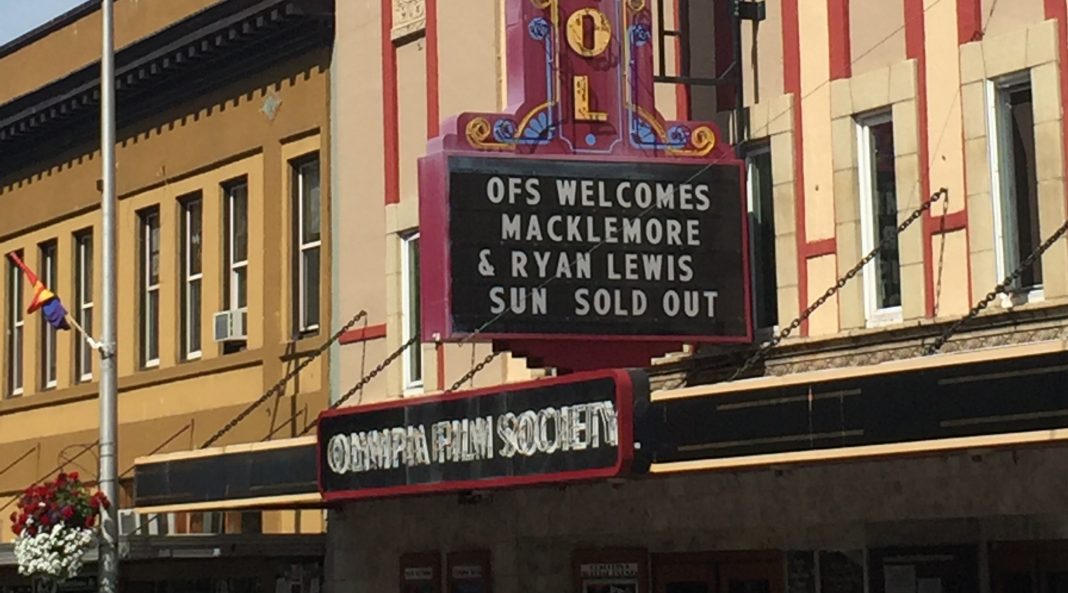 Drivers to downtown Olympia should expect road closures on Sunday, Aug. 28, to accommodate expected afternoon crowds for the Macklemore and Ryan Lewis Camping Tour concert at the Capitol Theater.

5th Avenue will close to vehicle traffic from Washington Street to Franklin Street starting around 8:00 a.m. Sunday in preparation for the concert.

At 4:00 p.m., the 5th Avenue closure will extend from Capital Way to Adams Street. And Washington and Franklin streets will close to traffic from 4th Avenue to Legion Way to accommodate outdoor pre-conference activities in front of the Capitol Theater. The closures are similar to Arts Walk closures.

At 5:45 p.m., a Key-to-the-City Ceremony is planned with Mayor Cheryl Selby and the Macklemore and Ryan Lewis “pop-up-shop” will sell concert merchandise outside the theater.

Roads will open to normal traffic soon after the concert begins and the crowds clear. Doors open to the theater at 8:00 p.m. and concert starts at 8:30 p.m.

Adopt-A-Pet Dog of the Week: Bonnie