It was because of a labor dispute on the shores of Butler Cove, along the west side of Budd Inlet just north of Olympia, that the man who probably named the city was killed.

In 1854, a group of Indians from what is now called the Queen Charlotte Islands, visited Budd Inlet and were hired on by John L. Butler. Once the job was done, a dispute over pay quickly arose and Butler reportedly killed one of the Indians. In an oft-repeated scene in those early years, the American authorities provided no justice for the visitors. Butler and a co-conspirator were taken into custody, but were then quickly released because the government didn’t have the resources to hold them.

The incident sparked a rise in tension between tribes from north of the Washington Territory and Puget Sound residents, culminating three years later in one final act.

According to Clinton Snowden (among others) in History of Washington: The Rise and Progress of an American State:

On the 9th of August following, a party of northern Indians numbering about 200, as was supposed, called at Whidbey Island and visited the home of Colonel Ebey, where they were kindly received. During the night they returned, called the colonel to the door, where they shot him, cut off his head and carried it away. George W. Corliss and his wife were in the house at the time, and together with Mrs. Ebey and her three children made their escape, the Indians firing a volley after them as they fled to the woods.

These Indians made no hostile demonstration against any of the other settlers in the vicinity, but soon disappeared, carrying Ebey’s head with them. It was afterwards recovered by agents of the Hudson’s Bay Company, who found it at the home of the Indians in British Columbia. It is not positively known that the murder of Ebey was a direct consequence of the murder of the northern Indian by Butler and Burt, on Budd’s Inlet three years earlier, but many believed it was.

Ebey was a previous Olympia-area resident, who is often given at least partial credit for naming Olympia, which had been previously known as Smithfield.

Butler Cover continued to be a meaningful place in our local history.

For years, Olympia residents attempted to bypass the large expanse of mudflats extending from Olympia proper to the deeper waters of Budd Inlet through a combination of fill and building longer docks. For a while, Butler Cove provided an easy outlet for commerce.

In 1875, the Brown and French families (who were the other two original landowners along Butler Cove with John Butler) built Brown’s Wharf. The neighbors had public support for the construction of the wharf, which was connected to Olympia proper eight years later by a short rail line.

That same year though, the City of Olympia extended its own Main Street (or Long Wharf) to nearly 5,000 feet, building out far enough into the deep waters to make Brown’s Wharf unnecessary.

Moving away from its homicidal and commercial years, Butler Cover became a more bucolic and recreational location for local residents.

Maude Burre Basse gives a typical description of Butler Cove at the time:

Butler’s Cove was situated about 1 1/2 or 2 miles north of Olympia about where the Olympia Country & Golf Club is now. It was a famous picnic ground and almost the whole town would turn out to attend clam bakes presided over by “Uncle Bennie Morrell.”

The cove also included a dance pavilion and residents would often set up summer-long camps at a sand spit near the cove, supplied regularly by a steamer from Olympia.

It may well have been one of these clambakes that saved Olympia’s status as capital city. In 1889 a constitutional convention was being held in Olympia to set up a proposed state government. One of the questions to be answered was where the state capitol should be. Even though Olympia had served this role since the 1850s as territorial capital, several other cities sprung forward to volunteer.

One afternoon though, a group of Olympia boosters invited the constitutional delegates, from around the state that were meeting in Olympia, to a Butler Cove clambake. More than 2,000 delegates and Olympians attended, shutting down the entire town.

A local Olympia paper defended the city from attacks of clam bribery:

It is nothing new for Olympia to entertain her guests in royal style. She has always treated visiting delegations from abroad in a manner that enlisted the most hearty encomiums. There has never been a session of the legislature which was not made to feel at home by some such attention as was bestowed Tuesday on the constitution makers. These courtesies generally take the form of indoor receptions, as the season when the legislative solons assembled would not permit of picnics or clambakes.

But, either way, the constitutional delegates refused to move the capital outright.

The nature of the cove changed one last time with the construction of a nine-hole golf course in 1926. After bouncing around town on sites such as a high school baseball field and a farm, the golf club bought 100 acres of the old Butler homestead.

On the upland portion the organization built its original nine-hole course (expended to 18 in the 1950s), while club members purchased lots on the waterside for private residences. These private homes helped finance the golf course and changed the nature of the neighborhood to its residential nature today. 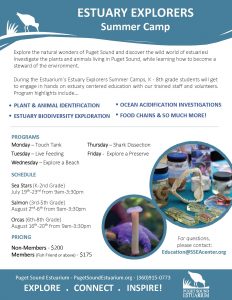 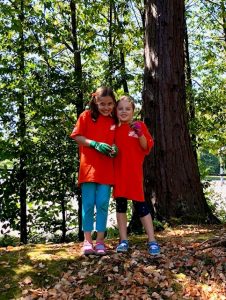 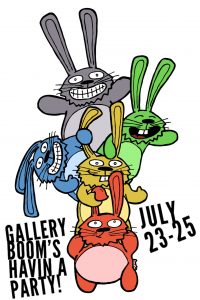