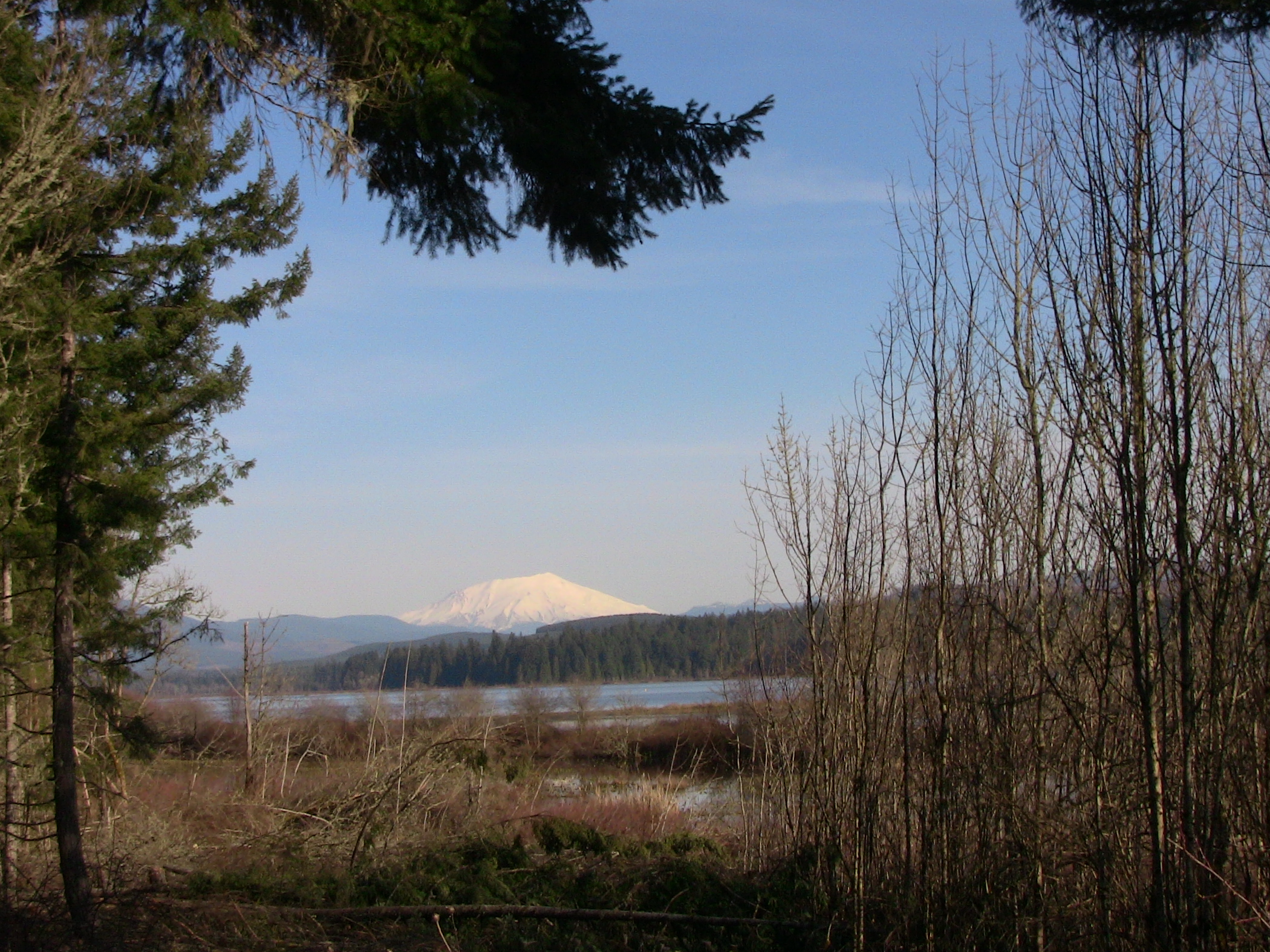 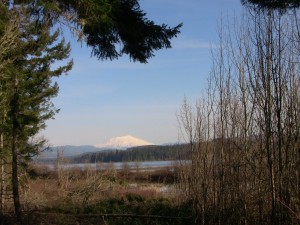 The eruption of Mt. St. Helens passed its 35th anniversary last spring, but to many of the retirement-aged botanists, geologists, foresters and researchers tracking the blast recovery since the early 1980s, this summer represents the passing of the torch to younger scientists eager to continue observing and collecting data on the mountain and surrounding terrain.

One of the research teams that will pick up the mantle is a trio of faculty from The Evergreen State College. Abir Biswas, Ph.D., Dylan Fischer, Ph.D. and Carri LeRoy, Ph.D., along with their students, will be spending the last week at Mt. St. Helens as part of The Pulse, a meeting of more than 100 scientists sponsored by the US Forest Service. The group meets at Mt. St. Helens every five years to measure and report on the area’s recovery.

Fischer and Biswas have taken over the measuring of forests and soil in the Tephra Fall Zone from a team based at Oregon State University. Located outside the Blowdown Zone, the Tephra Fall Zone consists of old growth forest and clear cuts that were covered with two to 15 millimeters of ash and small pumice rock during the blast.

LeRoy will work separately with US Forest Service scientist Shannon Claeson, student research fellow Emily Wolfe and recent Evergreen graduate Andy Berger. Their team will monitor the development of five streams that formed directly after the eruption, but whose recovery paths have diverged.

The three faculty members, along with three Evergreen summer undergraduate research fellows and a recent Evergreen graduate. Student researchers Andrew Buechel, Abby Watt, Wolfe and Berger will join The Pulse July 26-31 at Mt. St. Helens. They will start the week on July 26 with a dinner and campfire, as all the researchers share a campground. The researchers will tour each other’s sites the next day, and then they will concentrate on their own or team’s work.

According to Fischer, the old growth forests surrounding the mountain turned into “concrete forests” after the blast. “You could drive a car on the ash,” he said. But the forests are coming back with a new understory of huckleberries and other low-growing plants.

The adjacent clear cuts and replanted forests have not fared so well, he noted. With no shelter, seeds blow away, wind scours the ground, soil doesn’t develop and plants don’t recover. Big, old trees drop needles and cones and provide habitat for animals, which adds nutrients that develop soil. “The St. Helens ash was very nutrient-poor. The ash layer created a blank slate for new soil,” said Fischer.

The streams that LeRoy and her collaborators will observe, “were created all at the same time, just 35 years ago,” according to Fischer, “but may all be very different in terms of what fish live in them, what insects are there, what plants are growing on their banks.” He attributes the divergence to variations in stream temperature, shrub cover and, potentially, stream chemistry. “Although there have been studies of fish in these streams and nearby Spirit Lake, no one has looked at stream development after the eruption,” he said. “We think after 35 years maybe we’ve done it all, but researchers are still barely scratching the surface.”

Fischer says Evergreen is a natural match for the project. Not only is it the closest institution to the site, Evergreen has programs that train students in soil sampling, botany, environmental science (including water issues), geology and forestry. “What is inspiring and exciting to me is that this is a hopeful kind of research. Even a massive eruption like Mt. St. Helens isn’t the end of things. It’s the beginning of something new.”