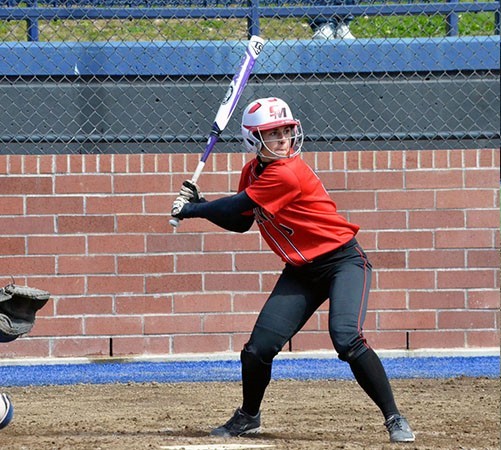 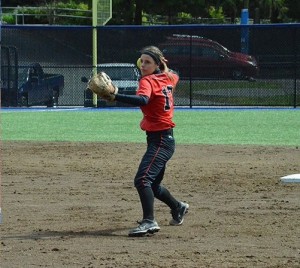 Most people argue with their siblings all growing up, it’s just a part of life.  But most grow up, go off to college and only see their siblings occasionally. This however, isn’t the case for the Miller sisters. Meet Paige Miller and Megan Miller. These two girls hail from Everett, Wash., and grew up playing their favorite sport, softball. Paige just finished her freshman year at Saint Martin’s University, while Megan just finished her junior year. Both attended Cascade High School in Everett, Wash.

Paige, while undecided in her major, is leaning towards business, while her sister, Megan, is a business major. Both girls talk about how they’ve loved softball from a young age and their passion for it has only grown since high school. Megan, and Paige both started at the young age of five, and Megan remembers loving it instantly. “I loved it right away… It’s easy to love this sport, especially as a child because you just go out and play and the older you get the more relationships you build from it.” And her relationship truly has kept building and building, which ultimately led her to Saint Martin’s.

Although Megan has three years under her belt, she still gets to enjoy the team getting ready for events such as regionals. Saint Martin’s softball team took home first in GNAC, and was the seventh seed at the NCAA West Regional Tournament. “I am not as nervous as the first time just because some of us have been here before and know what it’s all about. It’s just another game.” But this wasn’t the case for Paige, this was her first time playing teams outside the GNAC. “I was both nervous and excited for regionals. But I was mostly excited because we worked so hard to get there so I was ready to play because I knew it would be one of the greatest times of my life.”

Although it may not seem like it, the Miller sisters haven’t always played on the same time. Because of their age difference, they competed on separate teams, with a few guest plays on each other’s teams until high school.  While playing for Cascade High School Megan decided this was something she wanted to pursue into college. “When I was a freshman in high school, I started playing for a team that was going to college exposure tournaments. When I saw some of my older teammates talking to schools about softball I realized that was something I wanted too.” 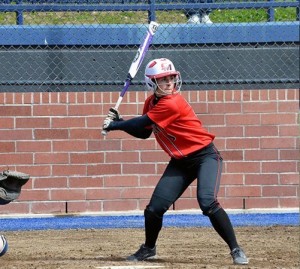 And she has done nothing but flourish. While playing against Central Washington University, Megan hit for the cycle and successfully completed it. This also earned her the title of GNAC Player of the Week. In that game Miller at eight at bats, including two doubles, a triple and a home run. “During the game and going into my last at bat I had no idea that I was on track to hit for the cycle. It’s probably a good thing that I didn’t realize it because it might have changed the outcome. After my last at bat I came back into the dugout and a bunch of my teammates approached me and asked if I realized what I had just done. They were all so happy for me and once I realized that it was happened I was so excited.”

Paige decided college softball was her while traveling the nation in high school and has never looked back. “I decided I wanted to pursue college softball when I started playing competitively on a select team. We would travel all over the US to play in tournaments and I loved everything about it and I knew I wanted to play at a higher level.”

It may only be Paige’s first year, but it has had quite the impact on her life. “I’ve really enjoyed my first year at Saint Martin’s. I’ve made great friends and have loved the college experience. Being on the softball team is what I’ve enjoyed the most about the first year. I’ve made so many great memories with my team and we worked hard to have a great season. The softball team’s scores have done nothing but reflect how hard work and commitment pay off, by them going 41-20.

Although they’re two years apart in age, the bond between these two sisters if obvious, and will only grow next year as they play again for the Saints. “If it wasn’t for Megan playing on the SMU team I probably would have never known about Saint Martin’s, so she was definitely a huge factor in helping me decide to go here. And being able to play with Megan is an added bonus because she’s always been an amazing teammate and sister and I look up to her in many ways. Megan mirrors this sentiment as well, “I really enjoy [going to the same school] because I feel we are closer now than ever. College is such an important time of our lives and I am happy to share the experience with her.”

Sadly next year will be their last year being able to play together, but both girls agree that they plan sharing their love of the sport by coaching later on in their lives. You can catch them in action again next year starting with their fall season.