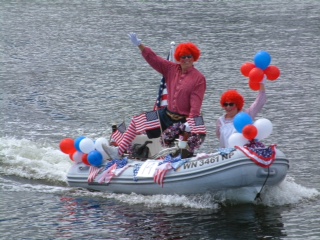 Submitted by The Olympia Yacht Club 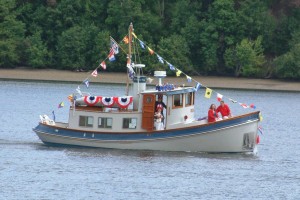 Saturday May 9 is the annual Sound Sound Opening Day of Boating Season Celebration held in downtown Olympia at points along Percival Landing and all residents are invited to attend .  Sponsored by the Olympia Yacht Club (OYC), Opening Day is a ceremony and celebration that marks the traditional start of the boating season in the South Sound.   It has been held for decades and similar ceremonies happen in other marine cities throughout the Pacific Northwest. 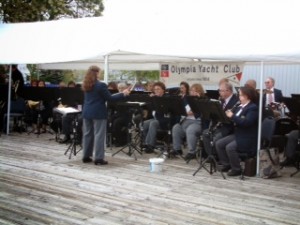 The Opening Day Celebration starts about 9:30 a.m. when the American Legion Band begins playing on the deck of the Olympia Yacht Club located at 201 Simmons Street.  At 10:00 a.m. a 30 minute ceremony gets underway and includes a Blessing of the Fleet.  Attendees of the Ceremony are the Olympia Lakefair Court and local dignitaries.

As part of the ceremony, the state senator for the Olympia area, Karen Fraser will be inducted as an honorary member of the OYC in recognition of her long standing contributions to and support of boating on Puget Sound.  The best vantage point to watch the American Legion Band and Ceremony is the Percival Landing boardwalk near the Olympia Yacht Club and Bayview Thriftway.   Also along the Percival Landing boardwalk, dock and park you will find wooden boat displays, the food court and children’s activities from the Wooden Boat Fair. 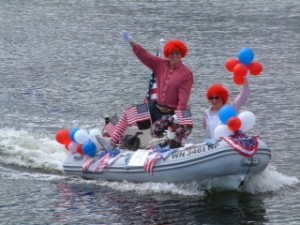 The South Sound Opening Day Parade of Decorated Boats begins at 12:00 noon and features both power and sail boats as little as 20 feet and as large as 55 feet from the South Sound.  The Lakefair Court is embarked on the judge’s boat and help award prizes for categories such as Best Dressed boat and Best Wood boat.  An ideal place to watch the start of the Parade of Boats is the Port Plaza Park near Anthony’s Restaurant.   After starting near Port Plaza Park the Parade heads out further into West Bay before circling back to return to the Port Plaza Park and Percival Landing.

South Sound residents and families interested in Olympia’s beautiful marine environment, a great local fair and wooden or decorated boats should make the time to attend this long standing maritime tradition on Saturday May 9.