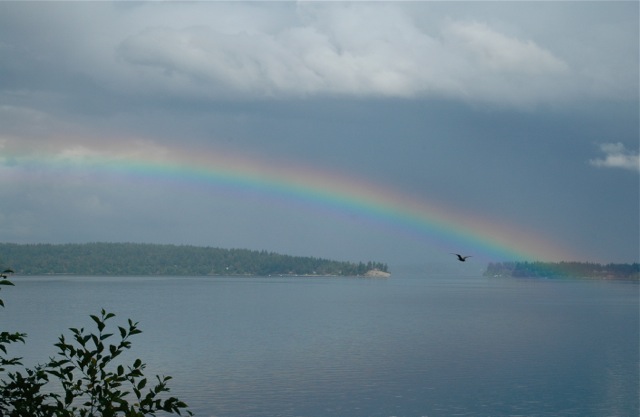 The 52nd anniversary of the 1962 Columbus Day storm is Sunday October 12. This historic windstorm, the strongest non-tropical windstorm to hit the lower 48 in American history, marks the start of western Washington State’s windstorm season.

All of Mason County went dark for nearly two hours after the storm damaged high power transmission lines feeding Mason PUD 1 and PUD 3 substations. It took six days to restore electricity to all customers. The National Weather Service measured wind gusts up to 80 miles per hour at Sanderson Field near Shelton.

The Columbus Day storm was born from the remnants of a former western pacific tropical storm named Freda. What was left of Freda off Japan rode a strong westerly jet stream across the northern Pacific and intensified dramatically off northern California as it turned north along the Pacific Northwest coast.

Wind speeds exceeded 150 mph along the Oregon and Washington coasts and topped 100 mph in the western interior valleys from Eugene to Bellingham. Since the storm damaged many wind instruments, the actual highest wind speeds could have been higher.

The storm killed 46 people from northern California to Washington State and injured hundreds of others. It blew down or destroyed thousands of buildings and knocked out power to millions of people from San Francisco to southern British Columbia. The windstorm also blew down 15 billion board feet of timber from the coast to as far east as western Montana, enough lumber to build a million homes.

The 1962 Columbus Day storm is considered the granddaddy of all windstorms. All other Pacific Northwest windstorms are measured against it. Could another storm like this one occur again? Yes and it would be far more devastating than back then since three times more people live in the region along with all the infrastructure to support them.

Windstorm season is here. Windstorms occur almost every year. Some of our regions stronger events occur about every ten years such as the Hanukkah eve windstorm of December 2006 that knocked out power to about 1.5 million people in western Washington.

Even the first not so strong blow can produce significant impacts since it usually occurs when leaves are still on many trees and the event acts like a tree trimmer, resulting in some power outages.

Are you ready for this season’s first wind event? Now is the time to get better prepared, before the wind blows. Here are a few key resources to help you get ready at home, work or school, or in your vehicle. When you are prepared, you are not scared.

Learn more about how to report and last through storms and power outages from Mason PUD 3. Check out theWashington State Emergency Management Division for more disaster preparation information.