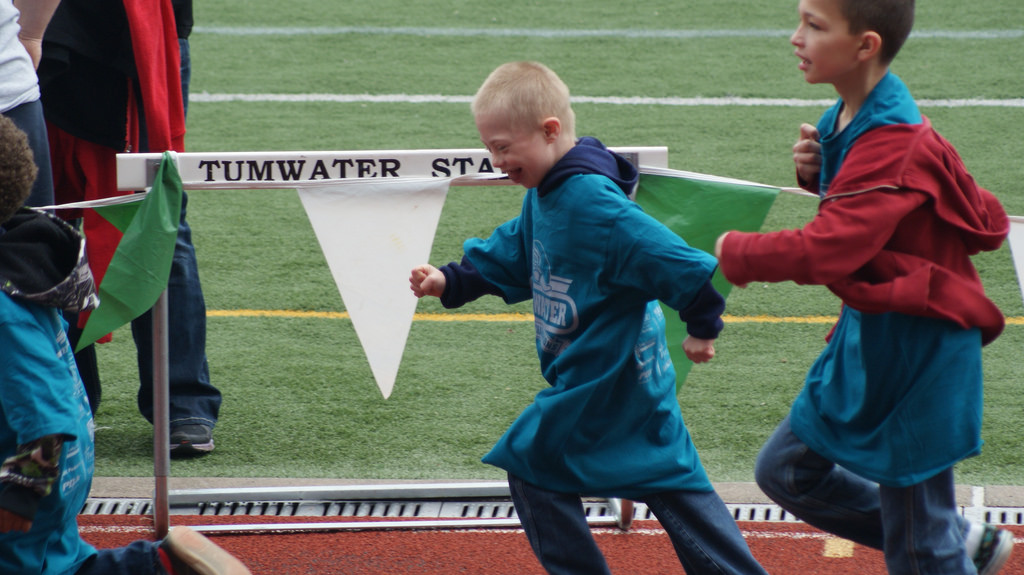 Nine school districts, 36 schools, 75-plus adult volunteers, 100-plus peer volunteers and over 600 special-needs student athletes – those were the ingredients needed to create the giant party known as the Day of Champions that took place on the football field at Tumwater High School on Thursday, May 29.

After everyone had gathered in the stadium, Tumwater School District Superintendent Mike Kirby welcomed all comers to the giant field day event designed especially for children and young adults with disabilities.  “It’s not just Tumwater; every school district in Thurston County is represented,” said Kirby. 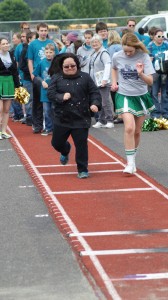 Students from as far away as Yelm, Rochester and even Shelton came to participate in the 12th annual event.  Kirby explained that the Day of Champions has drawn interest from Tacoma and the Centralia-Chehalis area and from other districts even further away. “They want to come be part of this wonderful event,” and that it is serving as a model for similar events taking place elsewhere across the state and the country.

The first Day of Champions, held in 2003, was the brain child of Erich Weight, a special education teacher with North Thurston Public Schools.  For years, the event was held at South Sound Stadium in Lacey. Participation during those first few years topped out at about 150 athletes.

In  2007, Justin Gurnsey, a special education teacher at Bush Middle School in the Tumwater School District took over, and that district has hosted the Day of Champions ever since. With each successive year, more schools and more students have turned out.

This year’s event saw over 600 athletes on the field, participating in events like the javelin toss – modified with pool noodles, bowling – using giant air filled balls and pins, the 50 yard dash – where running, rolling, skipping, and even walking were perfectly acceptable, and the high jump – which consisted of kids hurling themselves onto the high jump landing pad while grinning from ear to ear.

Gurnsey said he can’t even begin to count the number of hours he spends organizing the event every year. “It’s pretty much non-stop from January on,” he said reflecting on the tasks of gathering sponsors, communicating with other school districts, and organizing student and adult volunteers. 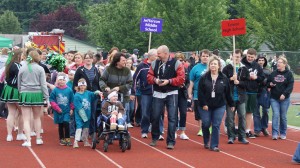 To help things run smoothly, each school brings teachers, aides, and peer mentors who have worked with special education classes during the school year. Gurnsey is responsible for drumming up the additional help.

Student volunteers are solicited through leadership classes at Tumwater High School. Black Hills and Tumwater High Schools’ cheer squads are enlisted to welcome athletes as they get off their buses and to cheer them on as they work their way through the 14 or so different events. Donations from individuals and local businesses help defray costs, and all athletes and student volunteers are provided with a t-shirt and barbeque lunch cooked up by adult volunteers, many of whom are former school teachers and community organization leaders.

We salute everyone who participated, athletes, teachers, and volunteers. You represent the best in our community. 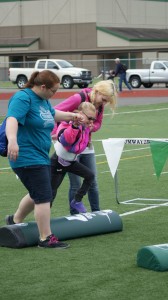 To see more photos from the 2014 Day of Champions, click here. 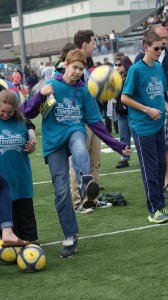 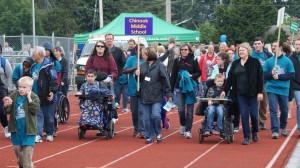