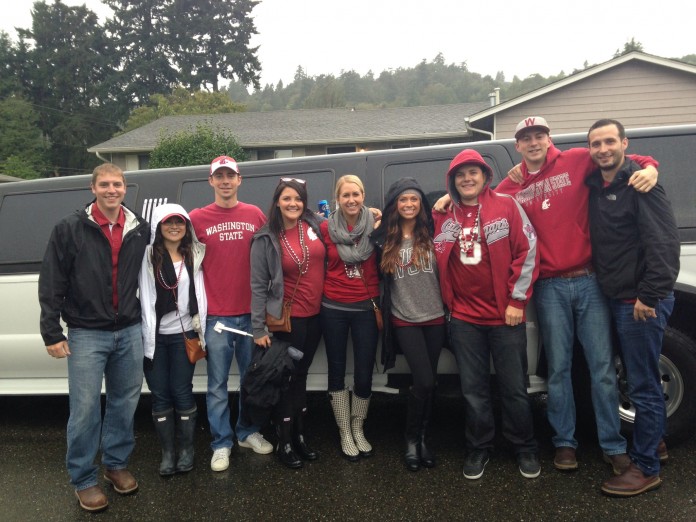 There is an old saying in sports: only Father Time remains undefeated.

Competitive athletics eventually end for all athletes, professional and amateur alike, rendering a morning basketball game or Saturday afternoon softball affair as the only way to physically rekindle the fire of competition.

For the rest of the week, millions of people across the world turn to fantasy football as a way to channel their competitive spirit. 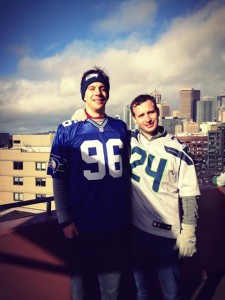 In the fall of 2006, I was a wide-eyed freshmen attending Washington State University in the beautiful metropolis known as Pullman, Washington.  I joined a fantasy football league with a group of college buddies.  Despite my immense passion for all sports across all playing levels, I was hesitant to join the league.  My memories of fantasy football up to that point consisted of a pre-computer league my older brother, his friend and I concocted in the mid-90’s on a late-summer day down Oyster Bay Road.

It was an extremely complex process, as we had to perform the draft by hand (which took over five hours) and calculate the point totals every weekend from statistics printed in the newspaper.  To accomplish all of this all without fighting over scoring totals and bad trades was impossible, and our ‘league’ disbanded a month after the start of the season.  At that point in my life, I was more interested in playing sports than calculating statistics and looking into potential match-ups heading into the weekend.

How very wrong I would prove to be.

Eight years later, our college fantasy football league is going strong.  The stakes have never been higher, since we raised league fees and purchased a replica sized 1998 Rose Bowl edition WSU football helmet as a trophy for the league champion.  Operating like a grade-school playground, a fantasy football league is where friends come together to swap jokes and trash talk alike.  The behavior in my league would be put to shame compared to the behavior of children during recess, which is exactly the appeal of joining a league in the first place.

While we all hold the common trait of being WSU alumni, our geographical location, relationship status and careers differ.  Our group includes an engineer, physical therapist, pilot, musician, construction manager, New York City stock expert and an international traveler whose global experiences would put Dos Equis’s “Most Interesting Man in the World” to shame.

Despite our different careers and current living situations, we are able to remain in touch over a common goal: winning a fantasy football league championship and rubbing it in everyone’s face.

When I attend social events with this group of friends, regardless of the setting were in, the discussion will always fall back to our league. 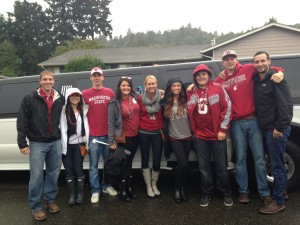 Dialogue features such groundbreaking topics as “Did you see how many players are on a bye week for Erik this week?” or “How pathetic does Bryce feel for not starting Ray Rice, who scored three touchdowns!”

The common theme of these conversations circles back to two fundamentals of fantasy football:

Football, especially at the college and professional level, is extremely unpredictable, as evidenced by the millions of dollars lost every weekend by those betting on game winners and points spread.

However, within that unpredictability, lies the possibility of hope and victory.  For every losing bet placed, there is a counteracting winning wager.

“It kind of consumes you every week. You’re working the waiver wire trying to improve your roster and you’re studying injury reports and researching match-ups to decide who to start,” said my friend and fellow league member Tommy Simmons, a traveling musician.  “But the real beauty of it is that when it comes to game time, it’s a total crapshoot. It’s a blast.”

Unpredictably on the gridiron carries over to fantasy football as well.   Players such as Denver Broncos quarterback Peyton Manning, or Seattle Seahawks running back Marshawn Lynch can be relied upon to score a high amount of fantasy points per week.  For every one of these type of players, there are ten more who are inconsistent: one week a quarterback may record over 300 yards passing and four touchdowns and in the very next contest, throw three interceptions and fumble twice.

In order to understand and predict these performances, fantasy football participants read article after article filled with stats to support reasons why a particular player should be started or benched on your fantasy team.  For unfortunate fantasy football team owners, myself included, this advice from experts always seems to have a negative impact on their team.

For example, after following the advice to start a particular running back earlier this year, that running back ended up having negative points due to a series of fumbles and a small amount of rushing yards.  Later in the season, I chose to bench a defensive unit after scanning over advice from another article.  That defense ended up forcing several interceptions and even scored a touchdown on a fumble recovery.  Had I started that defense, I would have added to my pathetic win total, which at this point is too embarrassing to share.

Of course, when you chose to do the opposite of whatever an expert or article suggests, they are proven right without you reaping the benefits.

“Eventually, you have to go with your gut,” said Riley McKillop, a compatriot in my fantasy football league. “If you don’t trust your gut, flip a coin or roll a dice – that will help you more than following the advice of some dude who never played football.”

Essentially, as McKillop noted, fantasy football boils down to luck.  I’ve never played football past the eighth grade, nor have I coached the game at any level.  Nothing I learned while playing quarterback at Griffin School, where the running back threw for more touchdowns than myself, will help me in fantasy football.  I can only go on what I see and what I’ve learned from media members who are former players and coaches.  Since I’m the only person in my leagues history to never make the playoffs, this system has clearly not worked for me.

And yet, I continue to play.

Every sports fan wishes he or she could be the one to make the big catch or throw in the big game. Fantasy football, along with fantasy basketball, baseball and hockey, allow fans to become involved with the athletes we support and follow despite the fact that these players are unaware of such involvement.

If you’re frustrated with your team or continue to lose in fantasy football, remember two things: Losing makes winning more enjoyable and there are millions of others in the same boat.

If you’re the owner of one of those fantasy football teams that continues to win, please keep it to you yourself.