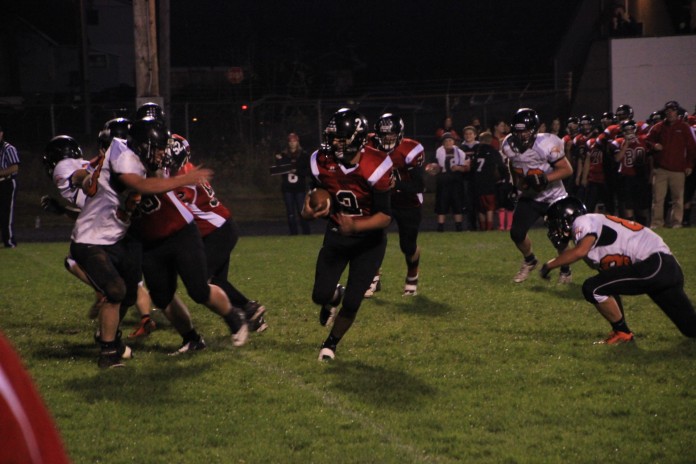 In front of a packed crowd at Beaver Stadium in Tenino, two Thurston County rivals faced off in a crucial 1A Evergreen Conference matchup Friday night. There was little room for error for both teams, as the Beavers and Mountaineers each entered the game with a 1-3 overall record, and a combined league record of 1-3.

Tenino started quickly on offense and jumped ahead 14-0 early in the first quarter. Rainier would then counter with a long touchdown drive of their own to bring the score to 14-7 at the end of the first quarter.  However, Tenino scored another touchdown on their next possession and added another score to go up 28-7 going into halftime.

It was more of the same for the Beavers in the second half, as Tenino would finish the game with a 49-7 victory.  After the victory, Tenino stands at 2-3 overall and improved to 2-1 in Evergreen Conference play, with the Mountaineers  falling to 1-4 and 0-3 respectively.

Next Friday, Rainier will host Forks High School and Tenino faces off against La Center at Beaver Stadium.