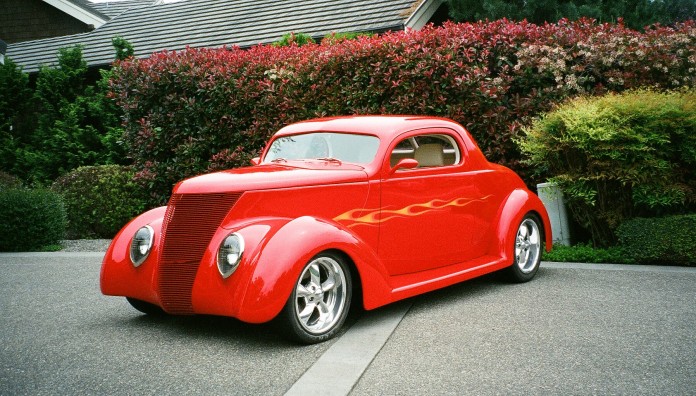 Sleek black paint covered in purple flames.  A menacing looking metal grill.  Chrome.  The face of altruism.  Huh?  For the past fourteen years, the Olympia Street Rod Association (OSRA) has been raising money for the Rochester and Thurston County food banks through its annual car show.  Other charities that have benefited from OSRA donations include SafePlace, local Boys & Girls Clubs branches, and the Fred Hutchinson Cancer Research Center.  “Participants pay $15 per car – and we have about 400 cars every year,” says Tom Neff, a longtime car enthusiast and current member of the OSRA.

The money originally funded scholarships for people interested in street rodding or auto repair.  Neff says the change came about because, “everybody has to eat, not everybody has to go to school, but everybody has to eat.”  The OSRA now donates at least $1,000 to each food bank.  A good year can mean thousands of dollars split between the two charities.

This year’s event is scheduled for August 10th at the Lucky Eagle Casino in Rochester.  In addition to the cars, participants can enjoy food, drawings and entertainment.

“This is one of the few rod shows that you can go and be entertained either as a participant or someone who wants to look at automobiles,” says Neff.  Neff’s favorite part is talking with the people who come by to look at his cars.  “I get more questions from kids than adults.  I like to let them sit in the car and have their parents take a picture.”

The fascination is easy to understand.   Neff’s automobiles, like many at the show, are works of art on wheels.  They are the product of hours, sometimes years of dedication.

Neff has had a lifetime love affair that took off in his twenties when he started working for the Washington State Patrol.  He’s retired now and spends time working on his farm and his cars.  “I have a shop.  I’ll work on other people’s car but I don’t charge  – it’s just fun to do,” says Neff.

Community is an important aspect of the OSRA.  The group meets once a month at a member’s house, enjoying a potluck while discussing finances and planning trips.  Neff recalls one of those trips.  “We went to Oregon as a group.  Someone broke down and we all stayed until they were fixed.  That relationship we have with each other makes it easy to solve problems that we as young people used to think were unsolvable.” 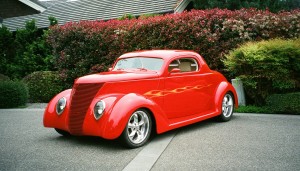