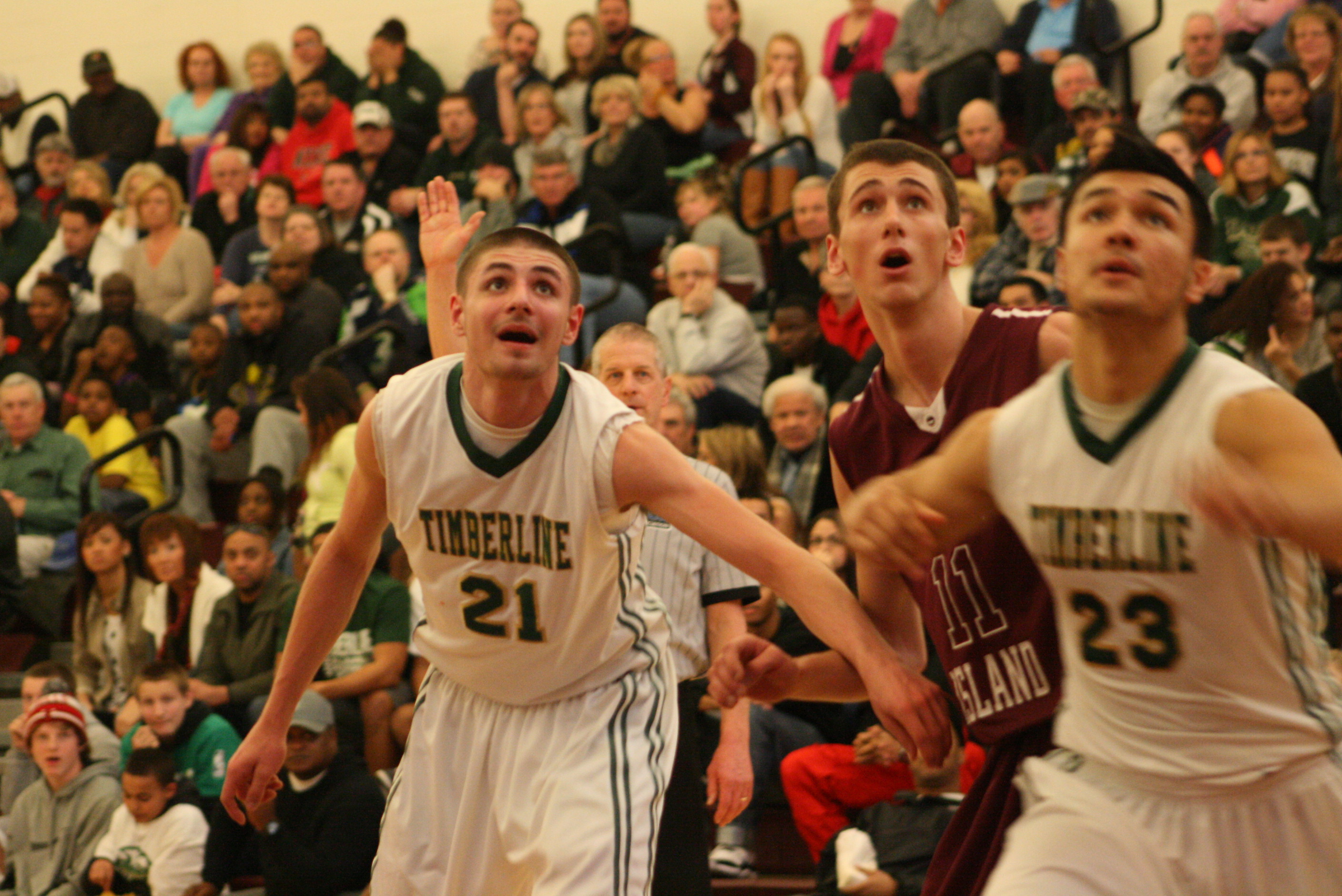 As his teammates piled on him in celebration, it was hard to determine the look spread across the face of Timberline’s Donaven Dorsey.  Was it excitement? Joy? Relief?  It was a well-deserved combination of all three, as Dorsey had just helped lead the Blazers to an upset victory over second ranked Mercer Island High School in the regional round of the 3A boys basketball tournament.

The victory propels the Blazers to the WIAA Hardwood Classic at the Tacoma Dome next week, where they will be one of eight 3A teams vying for the state crown.

Dorsey, a 6’7″ junior considered one of the best players in the state, scored 27 points in every way imaginable in the 56-55 victory over the Islanders at Mt. Tahoma High School on Saturday afternoon.  The Blazers took the lead for good on a Elijah Sanders free throw with less than a minute left in the game, before stopping Mercer Island twice defensively in the last minute of play.

With 2.5 seconds on the clock, all the Blazers had to do was inbound the ball cleanly.  Thanks to a perfect play drawn up by Coach Allen Thomas, the Blazers got the pumpkin to Dorsey all by himself on the other side of half court.

The Timberline players and coaching staff mobbed the floor in celebration, as they moved on to the Tacoma Dome for the first time since Blazer star Nate Menefee led THS in the mid-2000s.

Along with terrific performances from Dorsey and Sanders, the Blazers received outstanding contributions from Chase Ryan, Tyler Gartner and Brandel Evans.  The WIAA will announce the draw for the Hardwood Classic on Sunday afternoon.