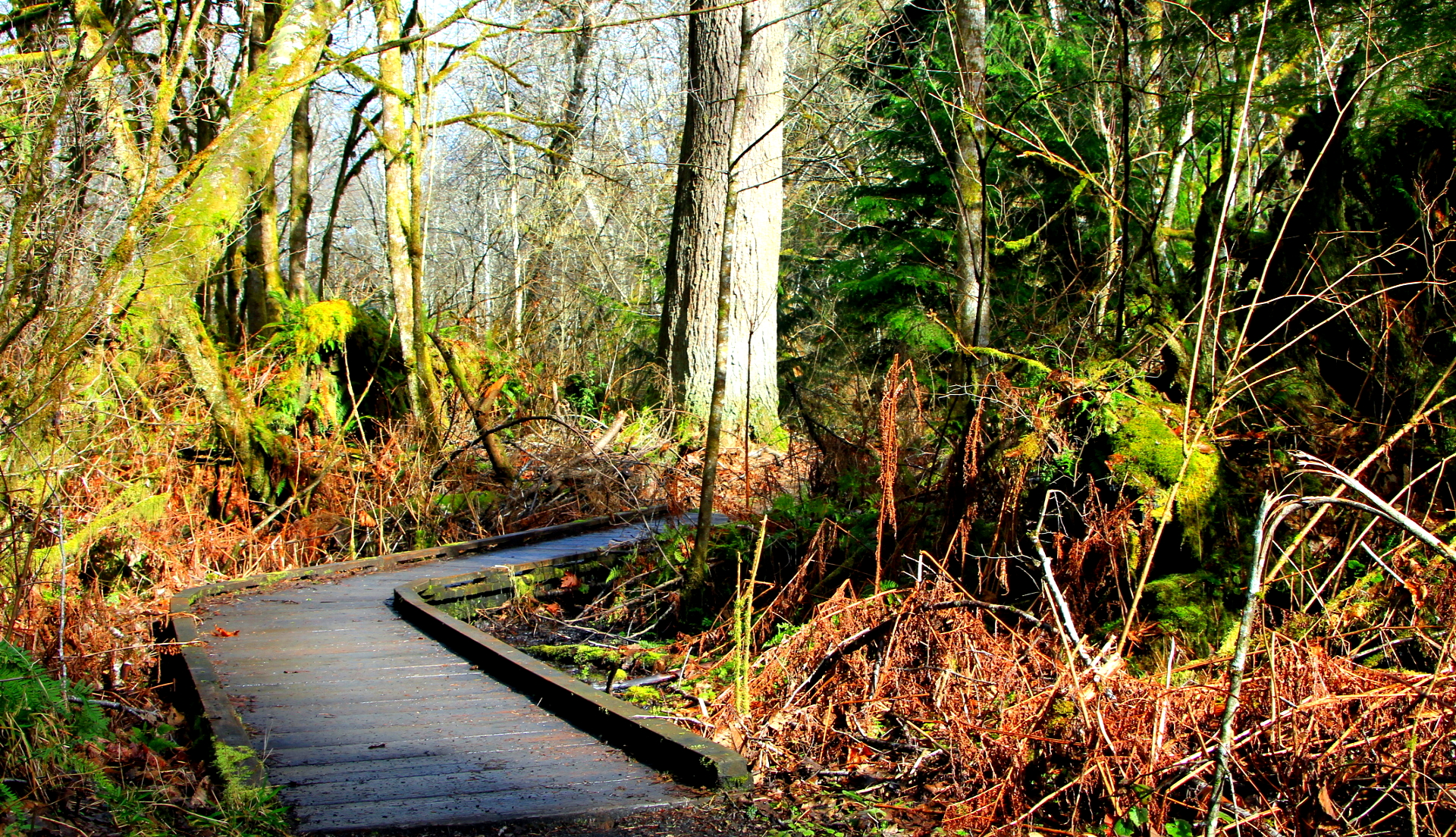 Watershed Park is a 1.5-mile loop trail in the heart of Olympia.

But I don’t want to go to Watershed Park … I have never even heard of the place …Why can’t Olympia have an Eifel Tower or one of the “Wonders of the World?” … It’s going to be rainy … The clouds are going to droop down and envelop me with their sorrow … What is a watershed … I’m going to drown … This was the dramatized monologue I had as I was driving out to Olympia’s Watershed Park. Epic dramas often take place in my head, and, although my last adventure included a swindling horse salesman and a water bottle that squeaked, I am usually surprised with what reality has in store for me. This time was no different, and Watershed Park was more remarkable than I could have ever imagined.

According to olympiawa.gov, Watershed Park supplied nearly all of the water to Olympia through wells. In 1917, the City attained the waterworks and operated the wells until the 1950’s. In 1955, the property was to be logged and sold. However, citizens appealed to the Supreme Court to preserve the park’s beauty.

When I first started down the trail, Mother Nature looked exactly how I had expected her to: as bland as the “cardboard food” my gluten-free friend eats. It wasn’t until after I saw the deranged dog and barely escaped with my life (ok, so it was a pretty cute puppy) that I looked up through the trees and saw the sun splash colors through its intertwined branches. The entire trip was as gorgeous as I was willing to let it be.

At one point I saw a metal shed of some kind inscribed with a three-stage drawing of a bird taking to flight. And, later, I saw a tiny bug sitting on the top of a green and yellow flower–life living in the grips of life.

Just as everything in life, the park holds a story that has been written by many who have come before. I challenge you to visit Watershed Park and allow the magic to unfold before you.

Watershed Park is located at 2500 Henderson Blvd SE in Olympia.