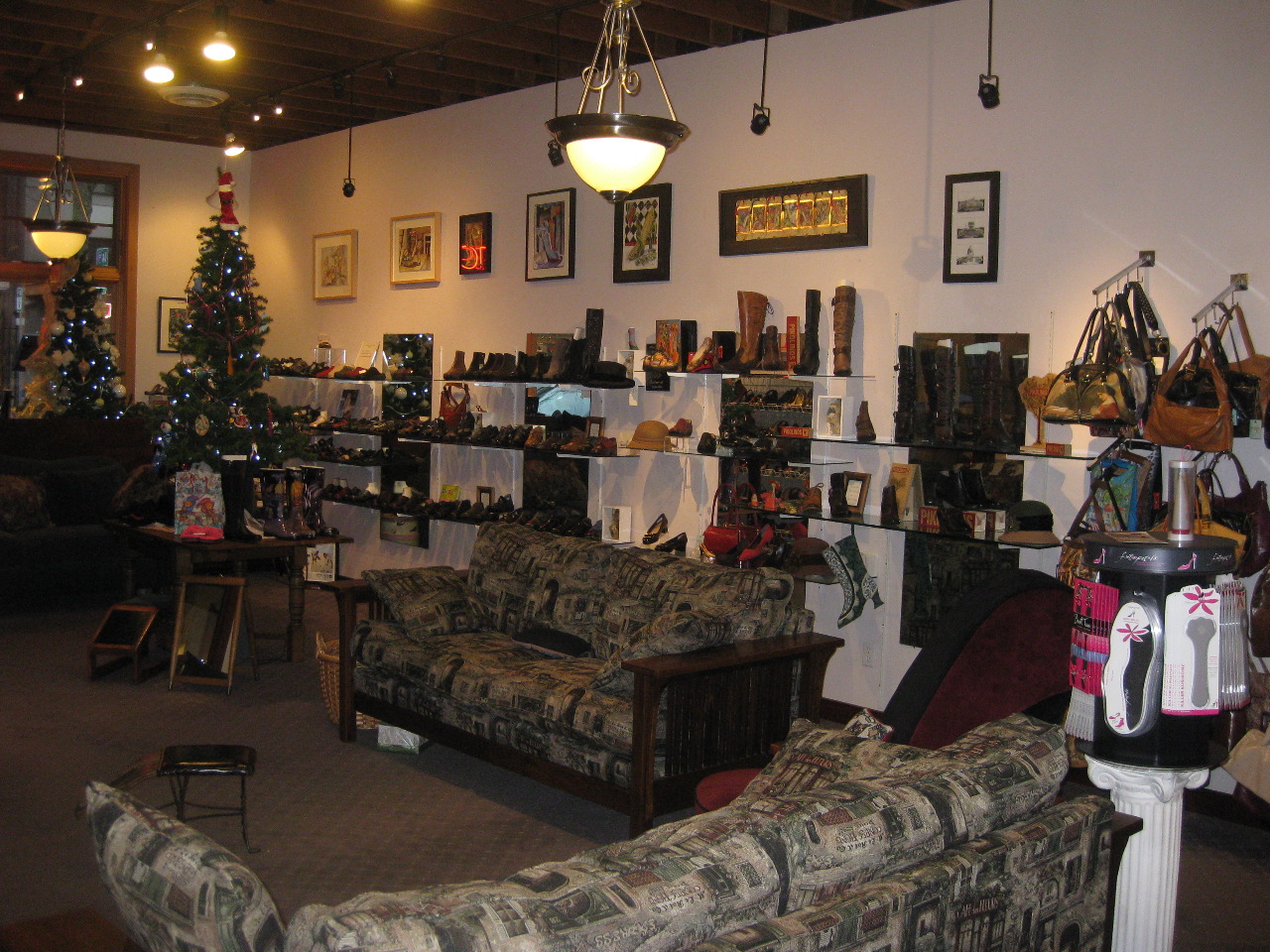 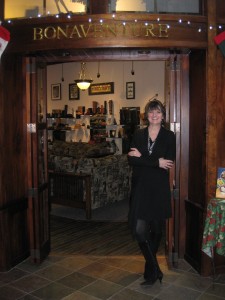 Olympia is full of gems; you just have to know where to look.  Bonaventure in downtown Olympia is well worth the hunt.

Located at 116 Fifth Avenue SE in the New Caldonia Building, Bonaventure was the very first upscale women’s shoe boutique in the downtown neighborhood.  Since its doors opened in 1994, Bonaventure has become something of a tradition for its hundreds of loyal customers.  Patrons are transported to another world due to its European alley shop vibe and exceptional personal service.

Owner Jeanne Carras subscribes to a time honored business motto, “build relationships and you will build a business.”   In fact, Jeanne is just as knowledgeable about her customers as she is about her upscale footwear.  She has swapped stories and fitted shoes for generations of women, and she considers them extensions of her family.  Jeanne recalls significant moments of her loyal patrons lives as fondly as she recalls her own.

Customers come to Bonaventure in all ages and stages.  From young women looking for their first pair of quality shoes (which will last long after their first job) to women treating themselves to the end of a satisfying career, there is something for everyone.  Bonaventure is proud to be part of a family of boutique businesses where each shop carries a piece of a unique line.  Companies are carefully researched with very specific attributes in mind: superior quality and a fierce commitment to their native communities.  Jeanne’s regulars know that the premium they might pay for her select products enables Bonaventure and its customers to help out needy localities.  It’s a win-win situation considering that Bonaventure provides quality couture shoes that are produced by ethically and philanthropically minded companies.

The holidays will be hectic for many, and Bonaventure will be open to help weary shoppers find some fashionable relief from all the hustle and bustle.  Many of Jeanne’s holiday shoppers come in to reward themselves from shopping for others.  And of course there are always spouses who come in seeking advice and one of a kind treats for their significant others. For those seeking gifts, there is an exceptional assortment of handbags and accessories to choose from. 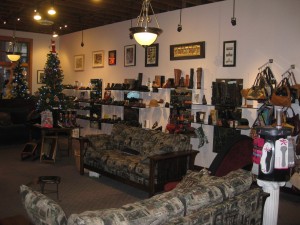 Bonaventure prides itself on carrying a limited supply of exceptional shoes.  Its customers know that they are unlikely to see the same pair on someone else.  “Olympians are loyal people and they want to shop locally,” says Jeanne.  They also like to be unique, especially when it comes to high-end events such as the Governor’s Inaugural Ball in January.  Anyi Lu, one of Bonaventure’s signature lines, was actually created by a businesswoman who had been searching for comfortable ballroom dance shoes.  Another popular line is Munro, a family owned business that is specifically requested by women “up on the hill,” teachers, bankers, and others who stand for long periods of time.

Jeanne also offers comfort shoes (this is Olympia after all!) from a company out of Israel called Naot.  She explains that Naot donated over a hundred pairs of shoes to SafePlace.  “SafePlace then set up shopping rooms, organized by size and board members waited on women to find the right fit,” explains Jeanne. It’s this kind of philosophy that sets Bonaventure apart from name brand stores.

Relationships within the community are equally as important to Jeanne as those with her customers.  A passionate advocate of keeping things local, Jeanne has been heavily involved in all things Olympia since she opened her doors.  Jeanne has served for 18 years on the Olympia Downtown Association board, about 12 years as Treasurer and 3 years as President.  From Chair of the Thurston County Chamber to judging Olympia’s famous Pet Parade, Jeanne has taken part in it all.  “I love this community and my customers; we support each other in so many little ways, and it’s just so much fun,” Jeanne warmly exclaims.  As if to prove her point she shares that everything she wears is purchased locally, “from my face cream to my shoes!”   The only things she purchases out of district are items she absolutely cannot find in Olympia. 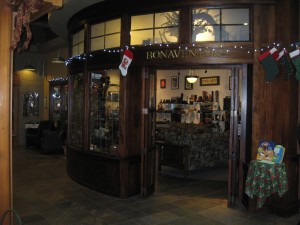 Ask any downtown merchant for a good place to shop and get a taste of Olympia’s history, and you will likely be steered in Bonaventure’s direction.  As a young girl Jeanne herself used to shop at Profit’s Department Store, thus running her own business at 116 Fifth Avenue feels exactly right to her.  Jeanne muses, “I am home in Downtown Olympia.”  The building itself was designed in part around her storefront.  “Steve Cooper (building owner) approached me to be the first tenant in the remodeled structure,” Jeanne explains.  “Steve designed the whole building around my space; He used an architect who studied in Tuscany and Paris and each shop is its own individual space; (the building) is compiled of reclaimed parts, like the door handles on the front are from his grade school and the ceiling joists are reused in the building’s framing.”

Whether looking for a pair of forever shoes, a fabulous handbag or just a small piece of this amazing community, Bonaventure is waiting with its doors open wide.   And you can bet that Jeanne Carras will be there to nourish an old friendship or hopefully begin a new one.

Virtual shoppers can get a taste of the in-store experience by visiting the website.