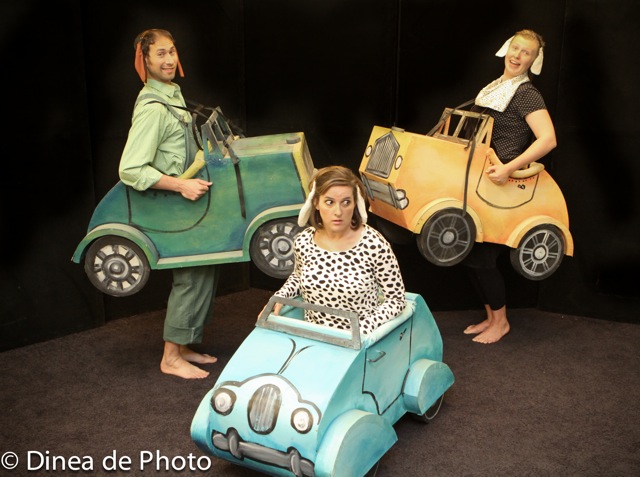 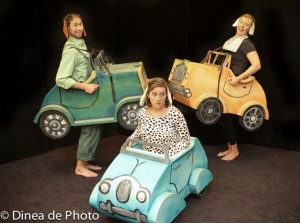 Six colorful dogs bustle, frolic, and dance across the stage as they move through their days. Whether working, picnicking or preparing for bed, their playful antics will engage the youngest theater-goers while delighting older ones, as well. 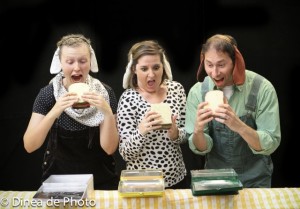 Director Jen Ryle is co-founder of Olympia family Theater, and has directed numerous plays for OFT, including: The Phantom Tollbooth, Alice’s Adventures in Wonderland, The Best Christmas Pageant Ever, and Rapunzel.

OFT would like to express its appreciation for its Season Sponsors: Visionseed Publishing, MIXX 96, and Ch2o.

Olympia Family Theater, in its 7th season has produced over twenty-five plays for family audiences, and is highly regarded as a provider of quality entertainment for children. In addition to producing performances for thousands of people each year, OFT provides camps and workshops for children of all ages.

What: An imaginative musical adaptation of the picture book. Full of physical humor, simple language, and colorful characters and sets. Recommended for ages 3 and up.

Performances Thursday and Friday nights at 7pm, Saturdays and Sundays at 1pm, with additional 4:30 matinees on Saturday, October 20 and 27.

Tickets: Children, 12 and under – $9, Students/Seniors/Military $12, Adults $16 (Plus $3 WA Center Service Fee). Available online at www.olytix.org, by phone at (360) 753-8586, or at the WA Center Box Office. Discounts available for season tickets, and groups of 10 or more. Discounts only available by phone, or in person at the box office.

Thrifty Thursday (Pay What you Can) performance on Thursday, October 18.