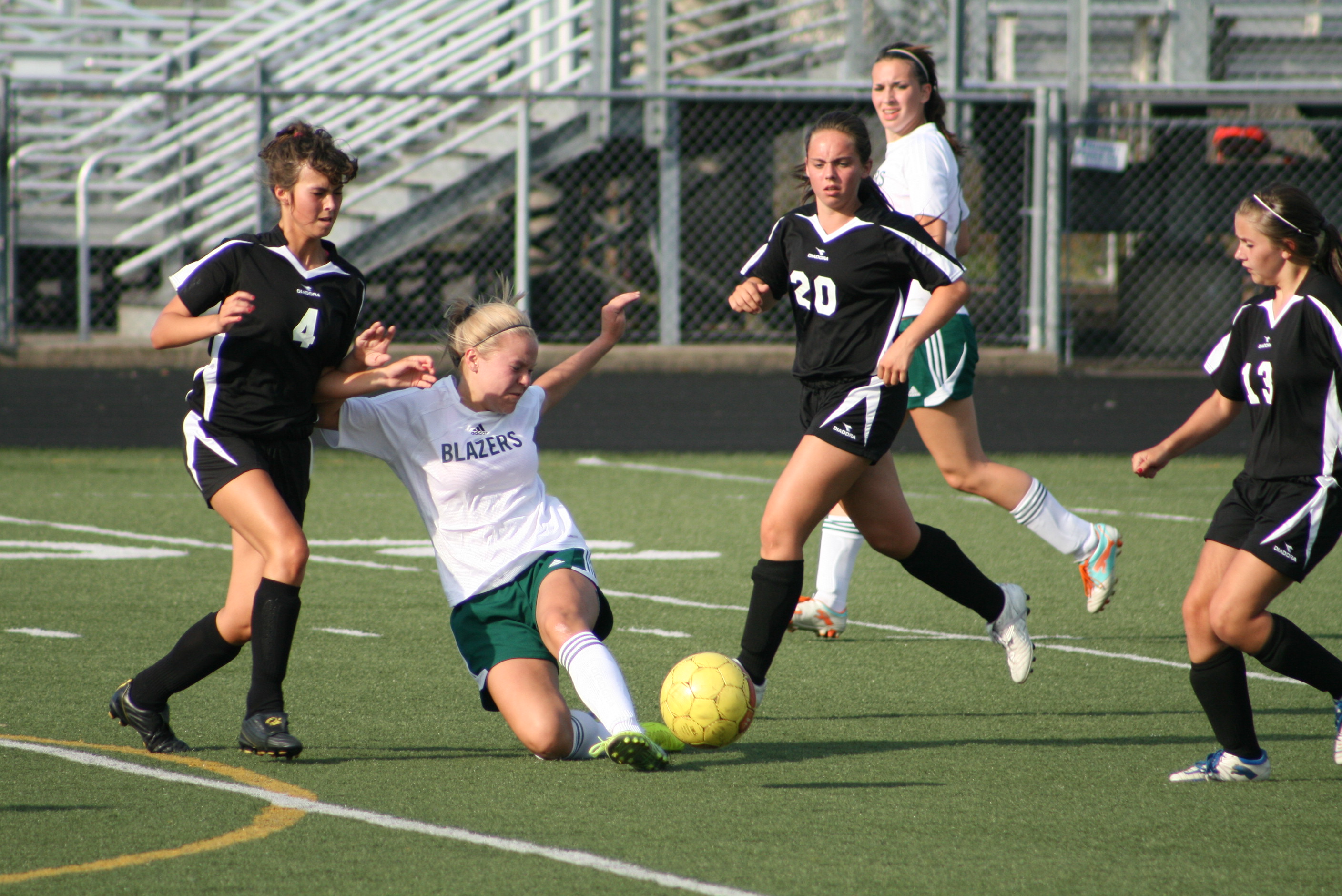 Rivalry games, no matter the record of each opponent, bring out the intensity and emotion within each team.  On Thursday, Sept. 13, the Timberline High School girls soccer team took on cross-town rival North Thurston for the first of two matches between the two squads.  After 34 minutes of scoreless action, the Blazers took a 1-0 lead, and after adding one more goal in the early minutes of the second half, the Rams cut into the lead with a goal of their own.  However, THS would score one more time en route to a 3-1 victory.  Timberline, which lost

to Seattle Prep in the 3A state tournament, returns a majority of their players from last year’s team, and looks to generate momentum towards another post-season run in 2012.  Look for a story on the Blazers early next week on www.thurstontalk.com.