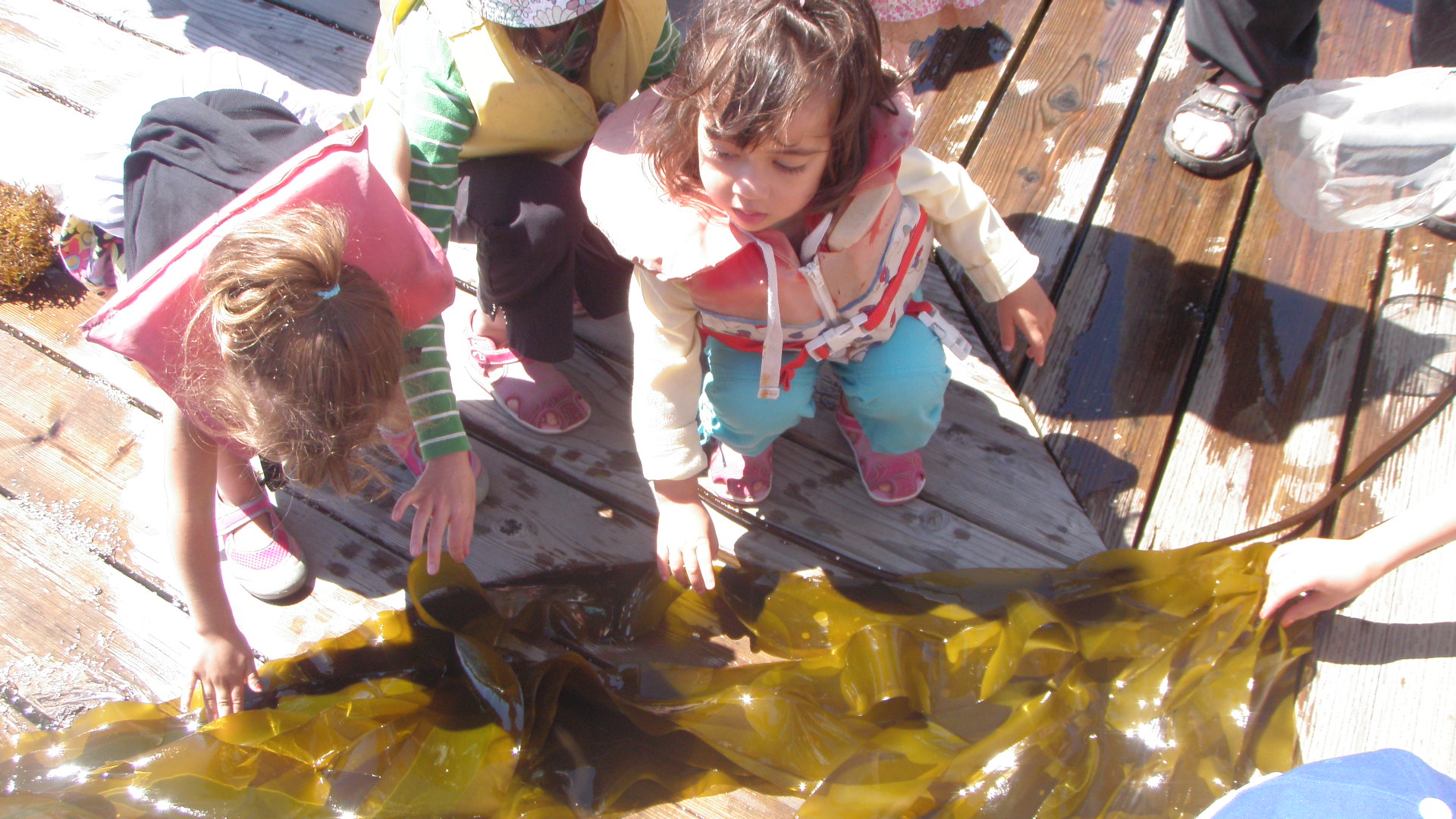 While I am a Western Washington native, I did not move to Olympia until about four years ago.  I will admit that, until we were house hunting, I had no idea about the diversity of Olympia’s neighborhoods.  Simply a few miles out of downtown Olympia and main thoroughfares give way to quiet rural roads. 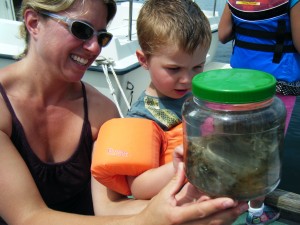 Today, Thrifty Thurston is spending the day in Boston Harbor to feature the very impressive (and free!) Marine Creature Monday program that occurs throughout the summer at the Boston Harbor Marina.

But, if you are like me, I love to consolidate trips.  Building on the Marine Creature Monday outing, I’ve added in a summary of Burfoot Park and information about u-pick blueberries at Carr’s Organic Blueberry Farm.

Marine Creature Mondays occurs on July 16, July 30, and all Mondays in August.  Two free programs occur each day and last about an hour.  Register for either the 11:30 am or 1:00 pm program.  All ages are welcome.

Since space is limited, I’m giving you plenty of advance notice.  Pull out your calendar and pick a Monday. 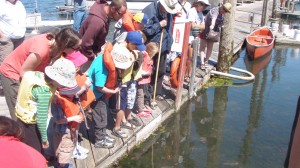 “Marine Creature Mondays gives both kids and adults the opportunity to see and learn about some local marine animals and plants common in the South Puget Sound.  Many animals and plants can be found attached to the floats and pilings and are easily seen, especially if the tide is low,” says David Jamison, Ph.D.,

With his advanced degrees in marine biology and marine pollution, Jamison developed the program about five years ago for local school groups.  “Kids came to local marinas to walk the floats and look at the attached organisms as well as the open water species moving past the floats,” describes Jamison.

Phil Sconce, a professional diver, joined Jamison.  With his skills and equipment, Sconce dives for specimens for kids to touch.  “The way that marine life opens kids’ minds is incredible,” says Sconce.

“The underside of floats at Boston Harbor are absolutely covered with anemones and feather duster worms.  Swimming between the floats and reef is like being in a kaleidoscope,” describes Sconce.  “Crabs are crawling on, in and all around the anemones. Sunflower, Ochre, and Leather stars abound. Shrimp and dock perch dart between the piling at lightning fast speeds. I carefully catch and deposit the different species into the touch tanks for Dave to inform everyone about. After each session, we gently place them back into the water to slowly fall back into their environment.”

About three years ago, the Olympia Stream Team visited one of Jamison’s marine presentation and suggested continuing the program during the summer for the general public.  And, the Marine Creature Monday program was born. 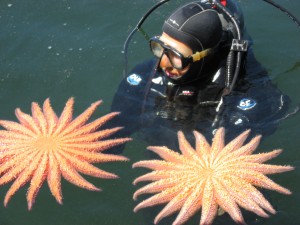 Jamison is a wealth of information about local marine habitat.  “Kids learn about the adaptations that organisms make to survive in the marine environment.  Some survive by hiding in hard homes that they build, others have weapons to protect themselves and still others can move quickly out of harms way,” describes Jamison.

Here are some other cool facts that I gained from the educator:

“I hope to instill a fascination with marine life and feeling of stewardship toward Puget Sound,” comments Jamison.  To register for a Marine Creature Monday program, contact Michelle Stevie at mstevie@ci.olympia.wa.us.

Pack a picnic to eat at Burfoot Park which covers 50 acres of property with 1,100 feet of saltwater beach on Budd Inlet. 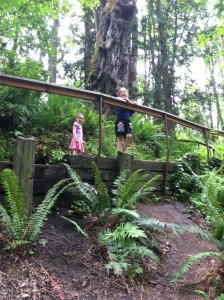 With three covered shelters, you can easily find protection from the elements.  Expand your menu and use one of the barbecue grills.  The main shelter is near a great playground.

Wander on the paths that lead to the beach.  Take one route down to the beach and meander on another route to return to the parking area.  My girls like to pretend that fairies live in the forest.  With their imaginations, they create potential hiding places for the fairies.

At the beach, spot the Capitol dome on a clear day.  Enjoy expansive views of Budd Inlet as your kids explore the beach.  Collect beach glass.  View marine life such as crabs, clams, geoducks.

I like giving my kids projects and u-pick berries is one of our favorite summertime activities.  After your Marine Creature Monday experience, stop in at Carr’s Organic Blueberry Farm.

Located at 3844 1/2 Gull Harbor Road, Carr’s is a local favorite for delicious berries.  While Mother Nature decides when the berries are ripe, Tom Carr estimates berries will be available in late July or early August.  Once the farm opens, u-pick will be available seven days a week from 9:00 am until dusk.  Follow along on the progress of the berries by calling their hotline at 352.3622 starting in mid-July.

“Our berries are of older varieties, are very flavorful and range in size from very large to very small,” explains Tom Carr.  Take a hint from the farmer and select the smaller, more flavorful berries.

Let’s hope the tranquility of the farm passes onto my children.

The Little Gym is Opening Soon in Olympia